Back in November 2015, Fur Affinity lost control of its forums. The dramatic departure of forum moderators caused an exodus of users to the up-and-coming Furry Network. This furry art site is owned by Varka, an entrepreneur better-known for his business of adult toy manufacture, Bad Dragon, then for online endeavors.

But coming into the furry art site operation with real world business experience, the toy maker and the staff of Furry Network have the potential to make a marketplace unlike anything currently offered by the slew of social art sites. In December 2015, they put forth their idea: a site that would help alleviate the fraud and hassle that furry artists run into when taking commissions from strangers on the Internet, by acting as the intermediary between artist and consumer.

This March, Furry Network made its big first step in the direction toward this goal. Their site’s commission system opened, to a handful of pre-selected artists, to test out the features. Users could request commissions directly on the page, and all status and interaction would then take place on the site. This story reviews my experience with the new system, and how it could change everything about the furry economy as we know it.

Update (Apr 10): The site will now be identified as "Furry Network" rather than "Bad Dragon" on billing statements.

You can currently find this marketplace within the community section of the site. From there it is located on the sidebar under the Open for Commissions section. This will bring up user avatars of those who are open for business. By clicking on these you are brought to their commission page which will, hopefully, be filled out with pertinent information such as terms of service and offered products.

If you like what they have to offer, you can click on a Request Commission button at the top of this page. This will open up a form in which you make an inquiry. You can include the details you need, or just start the conversation to later hash out more details. 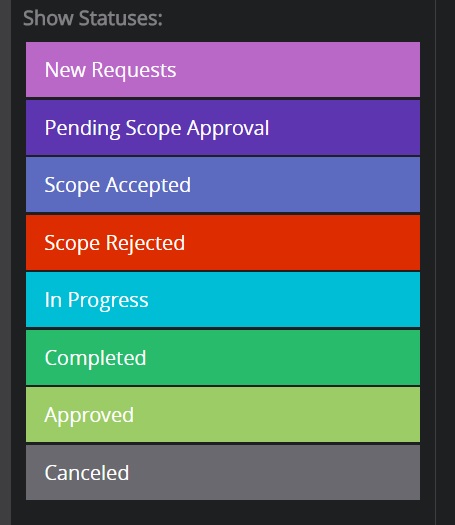 The purchase then proceeds by steps in the on-site artist/buyer interaction tool:

The greatest strength of the system is in its premise. It alleviates the stress of trust that comes from the artist interaction with their customers. The sort of stand off that occurs between an artist that was burned by a past client taking the art and running before paying after completion and a client who had paid the artist upfront, only to not hear from them for years. Furry Network taking the money from the buyer right away ensures that money is available before work begins, and that the artist is not rewarded until they finish their craft.

Of course when the process works as intended it is a very beautiful thing. However, the question is what happens when it doesn’t? There can be very grey area conflicts that come up during a business process. What if the buyer really isn’t happy with the product despite the scope being technically met, and they refuse to approve? What happens when the artist didn’t quite meet the scope, but refuses to go any further?

To answer these questions the site offers its Buyer Protection Program which goes over the circumstances in which the buyer can withdraw their money from escrow. While it may seem with a title like that the system will be buyer-biased, the seller could cancel anytime and give the money back to the buyer with little hassle. It is the buyer who needs to make the case on why they should be able to pull their money out during the working phase.

However there are more benefits to the current way this marketplace is set up. Window shopping for furry art and writing is now far easier than it used to be in other sites. Sure, if you know who is who in the furry world, it may be easy to know who you want art from and where to go. But what if you need work right now at this very moment?

You’d need to do extensive searches across different profiles in order get the answer to this on other sites. Hopefully you’d have had some linked directly to artists you were interested in to help. But window shopping is near impossible. With a list of those now open for commission, Furry Network makes it very possible to buy art at a whim; wallets beware!

But what if you're a connoisseur, waiting for a specific artist to open their doors to get work from that special someone, for that special someone? Worry not! You can flag the artist’s profile to have Furry Network alert you when they do open for business.

Well-established work scopes will be necessary to prevent the grey areas which could lead to conflict in the transaction. In truth, though, scopes can be different in one’s head than they are on paper. If an artist is not good at writing a concise scope, they could find themselves in trouble. If a buyer is not reading carefully what they are paying for, they could be unpleasantly surprised and get caught in a bad situation. Advice and rules can be found on Furry Network's documentation site.

As people get used to the system, these issues should start to taper, but how Furry Network handles the handful of troubled commission exchanges will paint its reputation more than hundreds of successful ones. Balance and consistency in decisions that don’t show favoritism toward buyer or artist will be key to continued viability in the fandom.

There seems to be a way to stop an artist who shows a troubling pattern of behavior from using the Furry Network system to solicit work, though it's not clear if that applies to buyers. Maybe they'll just ban those who are seen abusing the system from the site outright. Only time will tell.

Another potential weakness will not be seen in the closed beta phase. When the doors open to any artist to open up for commissions, the page will become crowded. At that point, as a consumer, some ability to search through the slog of avatars to find the actual artist or writer one might want will be increasingly difficult.

Currently, you have to click on the icon to go to their commission page. From there you may find that the user with that beautiful, eye-catching icon is not an artist but a writer, offering fiction commissions instead. Those using Furry Network to sell their goods are going to have to learn that it may be best to make your icon reflect the services you provide, if nothing changes about the system itself. Ideally, Furry Network should make categories for commissions pages that would allow one to filter on services; such as writers, artists, fursuit makers…

One final issue, to some, may be that the buyer’s payment is made to Varka's “Bad Dragon LLC”, which already has a relationship with CCBill – their processor of choice, specializing in foreign and ‘high risk’ transactions. Don’t be surprised if your credit card flags this transaction as suspicious (and asks you to confirm to proceed), as it did for me when I tried this. If seeing “Bad Dragon” on your statement for PG artwork from a non-affiliated artist makes you uncomfortable, be wary of using this system. If it's possible for them to change account names, I suggest using Furry Network LLC instead. I’m sure fewer Bad Dragon customers would mind being billed under the name Furry Network than Furry Network consumers being slapped with a charge from Bad Dragon. As of April 10th this has been resolved and transactions will be seen as Furry Network; see update note above.

The foundations are exceptionally promising. This system resolves an underlying problem with interactions between consumers and the creators they purchase from. Even better, for the site, it keeps artists and commissioners engaged with Furry Network throughout the transaction. The green notification bell indicating newly received messages gains a sense of excitement. Maybe it will be the finished product you pine for, or a notice that a customer has submitted their payment and is waiting for you to get started on your newest project.

The success and failure of this marketplace will be entirely dictated upon its perceived fairness. Artists need to be able to trust Furry Network to have their back against egregious customers. They also need to know that, as an up-and-coming creator, they won’t always be buried beneath more-popular sellers on the commission page. Similarly, buyers need to feel the system is fair to them and their needs.

The story cites Furry Network as "up-and-coming", but like many new sites, FN suffered from the "trough of disillusionment" – there was a spike of traffic when it opened during FA's downtime last May, but such traffic is swift to flow away again. Getting people to stick around requires a unique selling proposition, and commission escrow could be it.

In any case, it bodes well for the health of the fandom that people are seriously trying this out.
One other feature I found interesting was this set of default keyword blocks, which rolled out mid-February:

It's quite possible that these were simply the most-blocked content, or the ones which Furry Network staff considered most objectionable; many are listed in FN's acceptable upload policy under "extreme fetishes/violence". But I see strong similarities with the list of topics noted as blockers by CCBill when F-list tried to join. It's going to be interesting to see what restrictions, if any, exist on content offered for sale.

Great, I was just wondering where to get the best non-consensual fart torture stuff. Block list or suggestions?

Additional information for sellers is that there is currently fees charged to the seller that Furry Network takes from the commission. Source says around 12% (which goes to maintaining the processor mostly).

So if you are selling you may need to adjust your pricing accordingly and decide if you want to pass it on to the customer, eat it, or just decide it's too much a cost and pass on using Furry Network for selling.

This is great, I was wondering when more info would come out about this whole thing.

12% is pretty good. An art gallery takes what, 40-50% or more to represent your work? Same for consignment of crafty stuff. Regular products on Amazon are 15% plus a jumble of minor fees, same for Ebay except even more purposely vague as to what the mysterious bottom line is. Etsy is a small few percent. If they have a well developed relationship, part of the fee goes towards not risking your money with some dishonest entity that will make your business disappear on a whim.

This would be pretty good idea, but commiss.io already does that though and well.

That's a fair point, in fact I didn't hear about them until their response to the RMFC closure

Looks like this system does have a competitor, thanks for sharing.

Also notable that one of commiss.io's founders "brings a wealth of software *and legal* experience to the table" (emphasis mine).

Some may want to consider the history of Varka and other founders of Bad Dragon before using their services like furry network.

This website has compiled a ton of historical references: http://no-bd.info