Are All Animals Equal?

We just stumbled across Animal Castle, a new comic series from Ablaze Comics that takes a familiar fable… in a new direction. This is from Bleeding Cool: “On the Farm, all animals were equal. But in the Castle, some are more equal than others… Nestled in the heart of a farm forgotten by men, the Animal Castle is ruled with an iron hoof by President Silvio. The bull and his dog militia savor their power, while the other animals are exhausted by work until the arrival of the mysterious Azelard, a traveling rat who will teach them the secrets of civil disobedience.” Brought to us by Writer Xavier Dorison and artist Felix Dele. 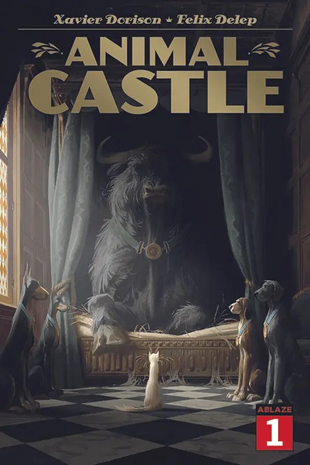