Every winner of the Best Animated Feature Oscar, ranked 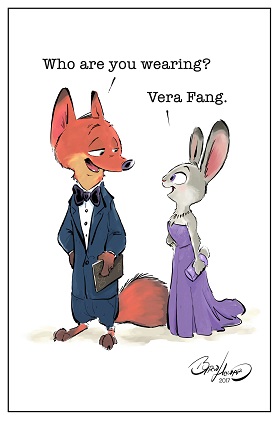 Though it’s the baby of Oscar categories, the Best Animated Feature Academy Award will turn 21 this Sunday, meaning it would be old enough to drink alcohol in America, if it could actually do that. Encanto, Flee, Luca, The Mitchells vs. the Machines and Raya and the Last Dragon will compete to become the next recipient of the award.

First introduced in 2001, Best Animated Feature is the only “new” category to be introduced this century so far. Like many new categories, a few animated features had earned "Special Achievement" Oscars, starting with the original American made animated feature, Snow White and the Seven Dwarfs, with another going to 1997’s Toy Story, as well as one to the live action/animated hybrid Who Framed Roger Rabbit. Other movie awards followed the Oscars, adding their own animated categories, though the Annies, which are for animation, had obviously been awarding Best Feature for a few years.

Since 2001, 20 movies have won the award, which is a nice round number for doing a countdown, worst to best. The following ranking is based on my opinions, and my opinions only. But, even if you think my rankings are horrible, no good, absolutely wrong, well, I’ve also included a lot of factoids and trivia, so that might be worth reading. Also, not all of the winners have been particularly furry, but most have something of interest to furries going on in them.

Update (Mar 4): The Shape of Water won Best Picture (Guillermo double-checked the envelope), making it the first science fiction movie to win the prize, with additional wins in the categories of Directing, Production Design and Original Score, giving it four total Oscars from its 13 nominations. Folks, it’s a slow month, so I put together a list of animated movies to be nominated for an Academy Award by cross referencing Jerry Beck’s animated feature list and the Oscar’s site.

First off, not all of these movies feature anthropomorphism or animals, much less anthropomorphic animals, but a vast majority do. Secondly, my definition of what constitutes an animated feature is stricter than Beck’s, so some movies that appear on his list and did gain nominations do not appear on mine. Thirdly, this is going to be a dry and boring read, but I promise it is full of facts. [And links!] I’ll be witty and insightful next month.

Sorry for the delay, folks; I know all five of my regular readers were on pins and needles (hi, mom!). See, GreenReaper emailed to tell me that Fred had linked back to my Cinderella review on the new Cartoon Research site, and just like the time he emailed me about some video game site which quoted my Pokémon Black 2 and White 2 review, my computer died. Obviously, there's some connection here. Anyway, it's all their fault. Shame on you guys.