Welcoming Back An Old Friend…

Back in 1997, Antarctic Press decided to move away from funny animal comics (a move which brought about the birth of Radio Comix) and instead concentrate on “American Manga”. Well now, to celebrate their 30th anniversary Antarctic are back in the furry herd with a new full-color one-shot called Furry Tails. “As a special event for our 30th-anniversary year, Antarctic Press is going back to one of its (hairy) roots-anthropomorphic comics! Includes work from Sonic the Hedgehog artist David Hutchison, plus an all-new, all-furry fun-fest from Fred Perry! Fast and Furriest: When the world order makes every aspect of life miserable for the poor multitudes, Turbo Ninjas take to the highways to rob from the rich and give to the poor!” Check it out over at Bleeding Cool. 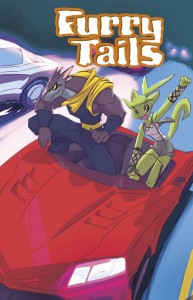 Antarctic Press seeks funding to 'keep the AC on' after returns

It is always difficult to ask for help, but due to current circumstances, we have incurred over $70,000 in debt and costs from returns.

Antarctic Press expanded into the mass retailer market, but got a bit "hosed" by returns of unsold comics from stores. Contributor perks include wallpaper, comics – some signed – an Indiegogo-only print signed by five artists, and subscriptions of new AP comics.

There are 40 days left in the fundraiser, with $4,667 already pledged; enough to eliminate one of the company's smaller loans. 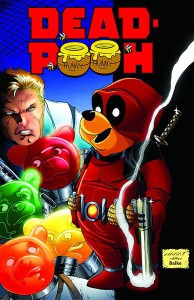