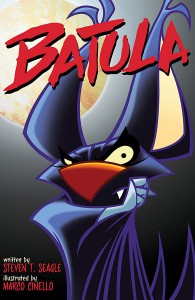 Things have been getting pretty "batty" in recent weeks.  A bat decides to crash a meeting regarding road signs in Epping, New Hampshire, startling the members within. Seemingly not content with this, a second bat decides to become a stowaway on a Delta Airlines flight, causing quite a stir, and requiring the plane to turn around so the small flying mammal could be released safely. Perhaps he was trying out to be a stunt-double for Fox McCloud? The BBC celebrates the successes of the Russian Tiger Response Team, while noting that a cull is not likely to be successful in the case of the white-nosed bats.

Take some bat spit and call me in the morning...

The anti-clotting enzyme desmoteplase, found in the saliva of vampire bats, is being developed as a medication to treat stroke and heart-attack victims.