Although the convention's initial response said they would ban those in the registry, the passive tone used in the opening paragraph of their announcement was not well-received:

We are saddened and sorry to hear that people felt [emphasis added] harassed or worse during the weekend. This is unacceptable and no person attending the convention should be made to feel [emphasis added] this way.

The language then shifted responsibility to victims to be more proactive in informing the con - despite having received an advance conversation before this was announced publicly. Megaplex's poor choice of wording ended up overshadowing the announcement of the ban itself. The Rumpus, a blog aimed at the challenging side of pop culture, brings up Furry Fandom's most divisive topic in Oh So Furry: The Rumpus Interview with Kilcodo.

Rumpus: Are cartoons sexy? Are animals sexy? Or are both of those statements irrelevant? Is it more the re-imaging idea?

Kilcodo: It depends on the person, but I think if you look at the way that we use language and the way we think about what is and isn’t sexy, we’ve constantly used anthropomorphic language. We call a sexy woman a fox. We call an older sexy woman a cougar. We call men bear, wolf. I’ve heard otter being used in the gay community. And I think that’s because as sexual beings we can see eroticism in many different organic forms, and I think because animals are beautiful, people like to meld the two forms together, so you have a human body and a majestic head of an animal, and people find that beautiful and even erotic. 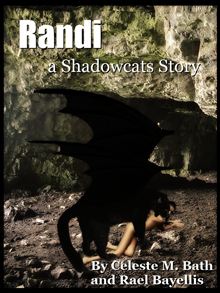 I recently posted an article on [adjective][species], Furries & HIV, that I think deserves wide attention. The furry community hasn't has a significant outbreak of HIV, but we're being placed at risk by attitudes towards safe sex.

The article has generated a fair bit of interest in the couple of days since its publication, and at least one furry convention - Toronto's Furnal Equinox - is looking at adding a safe sex panel to their schedule as a result.