Wolves After The Fall

Creative Mind Energy (CME) describe themselves as “a creative consortium of artists, designers, inventors, story-tellers and writers who pool their educations, talents and creative abilities to bring outstanding new products to all media markets and industries”. To that end they have several comic book series in various stages of development — and several of them are Furry in nature. First up is The Gifted, a largely black & white comic book with water-color style illustrations. According to the CME blog, “The Gifted is set in a dystopian future, in which humans have devastated the earth. What animals remain endure a barren, dangerous existence, constantly being hunted and exterminated by man. But some of the animals find themselves gifted with sophisticated intelligence and the power of speech, and rise up against man to protect their earth.” The first issue will be available at their on-line store soon. Visit their web site to find out more about this and other upcoming titles. 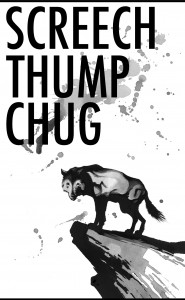