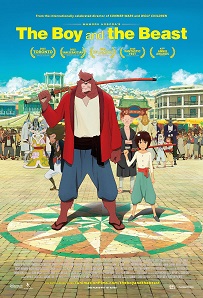 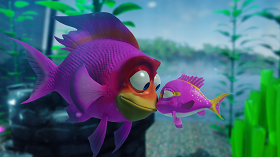 Izzie’s Way Home, a CGI animation feature currently in production by The Asylum in Burbank, California, will be a direct-to-DVD release in May 2016, a month before Pixar’s Finding Dory on June 17. Izzie’s Way Home is a shameless rip-off of Finding Nemo and Finding Dory, about a cute purple girl aquarium fish who escapes from a yacht into the ocean and learns how to live in the wild; but it will have its own CGI look. The “technical director” is Ron Thornton.

Cartoon Brew also has exciting news for animation fans about a new French animated feature, Long Way North, coming to the U.S. theatrically later this year, but it doesn’t contain any anthropomorphic characters.

The Boy and the Beast: What a great movie! And what a LOUSY weekend to release it, Funimation! :/

The Boy and the Beast (Bakemono no "Ko")
Is this misspelling?

Yes, it's misspelling. Thanks for catching that.