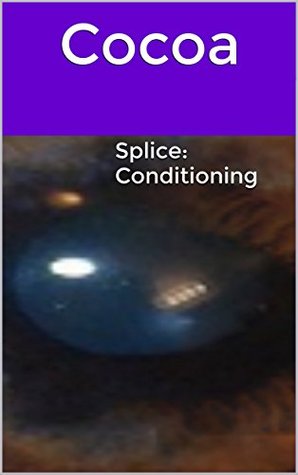 One light in the darkness is the presence of Splices: genetically engineered, anthropomorphic dogs who act as companions and sex toys, as well as taking over some of the riskier or more unpleasant jobs.

Because of the dangers inherent in creating human-sized dogs capable of rational thought and tool operation, each Splice has a Conditioning Phrase known to its creators and owner, and is programmed to enter a submissive, obedient state when this is spoken.

Lexi, who works as a waitress in the depressing surrounds of Fort Miami, loves her St Bernard Splice, Henry, won in the state lottery. Mikey, electronics whiz-kid and club DJ, loves his German Shepherd Splice, Kaleb, the bodyguard assigned him by his Russian managers.

And yes, they both 'love' their Splices in that way, too.

Let me be clear: there is a lot of sex in this book. There's sex in every chapter, and there is sex for whatever combination of male/female, sub/dom, dog/human that floats your boat, with a couple of bonus fetishes thrown in.

Lexi and Henry save enough to buy a plot of cheap land, with the dream of turning it into a farm and living off the grid. Their advertisement for extra help is answered by Mikey and Kaleb, who are on the run from the Mafia, and another Splice, Andrea, joins them as housekeeper.

So far, so idyllic. But there's more to Splice than sexy fun on the farm: the characters find themselves in possession of a dangerous secret that might affect the future of Splices, freeing them from their Conditioning and, in effect, their slavery. Inevitably, opposing forces would rather they didn't investigate further, and discourage curiosity with violence.

The group sometimes seems to solve problems too easily, with Mikey in particular overplaying his computer-genius card, but there was enough suspense and mystery to keep me reading.

The world of Splice: Conditioning offers much more than a contrived setup for lots of human/dog sex. It's a rich landscape with potential for further adventures, and I hope we'll see some.

You can read sample chapters and side stories at Cocoa's SoFurry account.

Thanks for the review! I hope people enjoy it and have fun reading it. World building is the best part of writing a book like this. Creating that hook, in this case a man-made disaster that pushes people to do the unthinkable and create what amounts to a slave race, is what leads to natural characterisation and plot progression. It's what allows dystopian fiction to work. So I'm glad people enjoyed the concept.