From out of nowhere department, largely! Things are still ramping up for this summer’s release of Guardians of the Galaxy Volume 2. According to our friends over at Animation Scoop, “Marvel and Disney XD announced today a 12-episode series of Rocket & Groot animated shorts. The shorts follow Rocket and Groot (from the Guardians Of The Galaxy) as they try to figure out how to get enough credits to buy a new ship after their old one breaks down. A compilation of all the shorts will premiere on Disney XD at 7:00am ET/PT on April 10th. Rocket is voiced by Trevor Devall (Marvel’s Guardians of the Galaxy, Johnny Test) and Groot is voiced by Kevin Michael Richardson (Marvel’s Guardians of the Galaxy, The Cleveland Show). Featuring animation by Oscar-nominated Passion Pictures, the shorts are directed by Arnaud Delord and written by Chris ‘Doc’ Wyatt and Kevin Burke.” The Animation Scoop article has a preview. 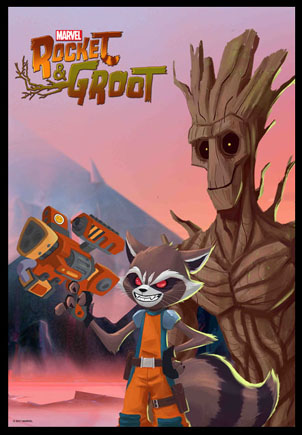