The quest for the defining 'Wind in the Willows' With many eyes trained upon stories such as The Legend of Sleepy Hollow this weekend, I was inspired to do a small tribute piece on the B-side of Disney's version. To think; The Adventures of Ichabod & Mr. Toad mainly came to comprise this format when it was decided that making two separate features wasn't budget-savvy. It's also worth a mention that this is one of my favorite stories from childhood, and even so today. 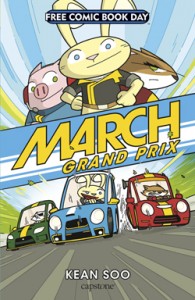 Amid Amidi of the Cartoon Brew uses this new GEICO commercial to ask, what is an animated cartoon and what is reality, anyway? – a meaningful question for anthropomorphic fans today.

Video: the Kia hamsters are back, getting 'totally transformed'

The Kia hamsters, rodent stars of several commercials for the Kia Motors Corporation, are back in an advertisement to promote the 2014 Soul.

The ad, set to Lady Gaga's "Applause", features the three hamsters jogging, swimming, and working out on various pieces of gym equipment. At the end, emphasising the message that the Soul has been "totally transformed" with a "sleeker, sexier and more sophisticated" look, the hamsters are seen radically slimmed down, wowing the public at a red-carpet event.

The campaign was produced by Kia's long-time ad agency David & Goliath, and directed by its Executive Creative Director, Colin Jeffery. The MTV Video Music Awards (Sunday, August 25) will feature the commercial; it hits 18,000 movie screens across the U.S. on August 30.