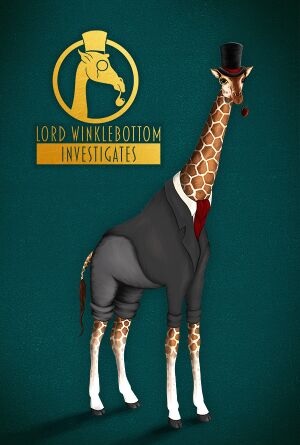 Gordon the Giraffe is a new full-color trade paperback from Arcana Entertainment, written by Bruce Brown and illustrated A. Shelton. It tells the story of Gordon, a young giraffe who discovers that he’s different from other giraffe kids… and how the other kids learn to accept that. Here’s the description from Word of the Nerd: “In the jungle where Gordon lives, there is a special game that the giraffe children play with each other (much like 1-on-1 volleyball, but with bananas). Gordon’s issue is that, instead of playing banana volleyball with a girl giraffe, he finds it much more fun to play the game with Gary. So the other boys decide to play a trick on Gordon. When that trick backfires, it is up to Gordon to rescue the other boy giraffes.”  This new storybook comes out in early July. 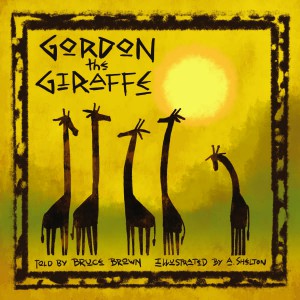 I was in a bad mood all day when I went to see this movie. A real bad mood.

I was looking forward to seeing it, however, because I decided it would cheer me up. I wasn't expecting it to be great and cheer me up; I expected it to be bad, and then I would get to take out all my frustrations on it in my review.

Essentially, if this movie was not the second coming of Furry Jesus, I was going to rip it a new orifice which I would then proceed to assuage my rage.

Can I even write that?

Anyway, you read the headline; this movie cheered me right up in the way I did not expect it to. By not sucking. Also, by not only not sucking, but by really not sucking a lot.

The people who brought you "Shrek" and "SharkTail" are at it again. Watch the trailer for their next movie "Madagascar", which stars a lion, a giraffe, a zebra and a hippo who all live in the New York Central Park zoo.

BBC News is reporting that keyhole surgery, the same that has been used on horses - but never tried on giraffes has saved the life of a giraffe, who had a fracture in its lower jawbone.

You can see the whole story here.