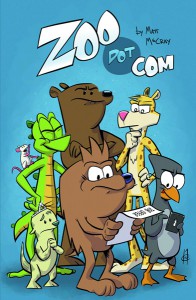 According to Pate, advances in zookeeping theory and the conservation state of species mean certain areas, like the nursery and cat house, are now redundant.

In their place he wants to see a stronger focus on the zoo's research activities, larger spaces for animals, and even a high school.

Bears killed and devoured a monkey in front of horrified visitors at a Dutch zoo, officials and witnesses said.

Visitors reported that the grisly scene began as several bears chased the monkey, a macaque, onto a wooden structure at Beekse Bergen Safari Park.

They said a bear tried unsuccessfully to shake the monkey loose, ignoring attempts by keepers to distract it. The bear then climbed up and grabbed the monkey, mauling it to death and bringing it to its concrete den, where three bears ate it.

(Full article can be found on CNN)

Christian Feeds Self to Lions

Concerned over those damnable atheist kitties:

TAIPEI, Taiwan - A man leaped into a lion’s den at the Taipei Zoo on Wednesday to try to convert the king of beasts to Christianity, but was bitten in the leg for his efforts.

My buddy Puck notes that it wasn't even a Roman zoo. MSNBC has the full story, including photo.

The people who brought you "Shrek" and "SharkTail" are at it again. Watch the trailer for their next movie "Madagascar", which stars a lion, a giraffe, a zebra and a hippo who all live in the New York Central Park zoo.

According to China's Xinhanet, a young monkey at an Israeli zoo has started walking on two legs after a near-death experience. The link includes a picture of the monkey.

A stocky, knuckle-dragging 340-pound gorilla leaped across a 12-foot-wide moat and a wall that separated him from visitors at the Dallas Zoo.

13-year-old Jabari escaped and went on a 40-minute rampage in March, snatching up a toddler with his teeth and injuring three other people before being shot to death by officers.

Do not pet the animals!

Don't mistake the jaguar for a 'pretty kitty'.

BBC online reports the birth of twin manatees at the Beauval Zoo in France. The Zoo is participating in an program aimed at saving the endangered species.

Polar bears, cheetah, tigers and other large carnivores with huge ranges just aren't being cared for well enough in captivity, a study published in Nature says, and the authors think that zoos either need to seriously rethink their habitats for these big animals, or phase them out for smaller, easier to satisfy creatures.
For example, polar bears have ranges that cover hundreds of miles of territory in the Artic but are generally kept in small, tank and rock environments which are a million times smaller. They also are notorious for behavioral problems and health problems related to captivity stress, problems that the research said can be predicted because of the large space they need.
Zoos counter that this is "nothing new" and that they're constantly working to enrich the enviroment of animals to help them adjust to captivity.

A symbol of Barcelona and undoubtedly the most famous single animal in Spain (bulls notwithstanding) Snoflake, or Copito de Nieve, a unique albino gorilla, is dying from skin cancer. Lacking the dark skin pigment and fur of a regular gorilla, the Barcelona Zoo resident developed melanoma in 2001, but zoo vets say it's now past any stage on control and it's only a matter of months. Citizens file past to pay their respects to the 40 year old ape, who had only his usual distain for the human visitors.
"When Copito de Nieve is gone, an era of Barcelona will end."