Furry art community Inkbunny has deployed a means for users to suggest and approve keywords. The long-anticipated feature was rolled out after several days of testing, leading to the addition of keyword history.

The feature had been requested by users wishing to improve the site experience for others, as keywords are used heavily by Inkbunny's search and blocking features: 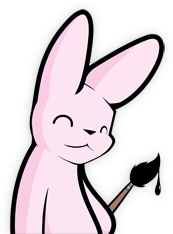 The update is the first since September 2011 – though some changes had been made earlier, but not announced.

User feedback has been generally positive so far, although the new "suggested submissions" feature (which highlights work favourited by watched users) received a mixed response.

The author is an Inkbunny moderator.

Humans and human-style characters are now allowed in art as long as they are not engaged in sexual activity and don't show genitals or sexual arousal. Stories containing humans were already permitted along similar lines.

Photographs of objects created "by you or for you" or acting as a background to another work may also be uploaded.

Launched in June, Inkbunny's features and policies won fans among those looking for a venue to sell their work, but many who draw humans or human-like characters avoided the site. Sculptors, photographers and fursuit builders also had little to contribute until now.