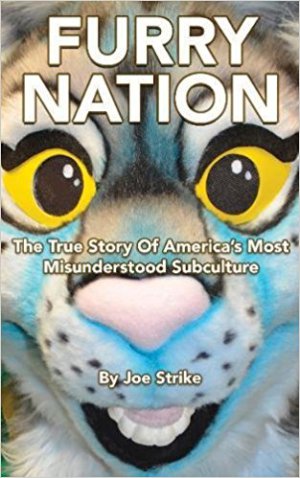 I am probably not wrong in my belief that many furs have little idea of how the fandom got started. The furry fandom is based around the appreciation of, and I'll simplify here, anthropomorphic characters. Furs find their way here through that appreciation and are able to join in immediately. This is not a bad thing but it is sad that many of us are unaware of our shared history. As we learned above, if we don't know where we come from then we are lost.

It's not that there has been no attempt to describe the origins of the furry fandom; aside from the crowdsourced wikis (e.g. WikiFur), we had Fred Patten's Retrospective: An Illustrated Chronology of Furry Fandom, 1966–1996 and Perri Rhoades' The Furry History Project. The first is not necessarily in the most easy to use form and both of the latter entries are chronological lists of major influences. Joe Strike's book departs from this format employing a mix of personal anecdotes, extensive research and several interviews with prominent furs to build a far more flowing, narrative history of the furry fandom.