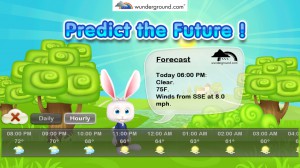 The distribution ships with GIMP Paint Studio (package) – a set of brushes and presets intended to improve the free image editor's usefulness for designers and artists. Support for the Wacom Bamboo and many other graphic tablets is included, as are five more furry wallpapers.

Alex Vance has revealed a preview of the SoFurry 2.0 interface.

SoFurry 2.0 is not yet available generally, but is scheduled for release in first quarter 2011.

UK furs – and a major software company – have shown their appreciation for Huskies, Malamutes and Samoyeds in a big way at this year's RBW.

The London-based convention raised £6396.90 (~US$9922) for Sled Dog Welfare, exceeding ConFuzzled's £6200 donation earlier this year, despite attracting only 216 attendees.

The figure includes a donation from Bariki's employer, Microsoft UK, which matches yearly fundraising of up to £7500 per employee, totaling over £250,000 this year.

FA Rank gets a new home

FA Rank – covered in more detail last February – has moved to its own domain: popufur.com

The service has also launched a Java-based distributed updater to spread the CPU load.

FA Rank gives popufurs a number to obsess over

Want to know how popular you are on Fur Affinity? FA Rank, by Taren Nauxen, will tell you.

The site uses a form of the PageRank algorithm, which forms the basis for Google's rankings. Watched users gain points which are distributed among their own watchlist.

Not everyone thinks it's a good idea, with an old straw poll showing 42% in favour of closing the site. However, FA admin Dragoneer appears unconcerned.

For those wishing to know full details, source code for the ranking system is available.

Yes, this is old news, but it was never covered here and the rankings were updated recently.

A team led by Russian WikiFur administrator Shnatsel have released the first beta of a furry-themed version of Linux distribution Ubuntu.

A prior effort to create such a distribution — Furbuntu — appears to have stalled in 2008.

The general consensus I (the submitter) get is that the name and logo for the Firefox browser does not by itself constitute being furry.

However, I do think that this is: according to this article, the Mozilla Foundation will now begin selling Firefox plushies. So just in case this is your sort of thing, now you know.