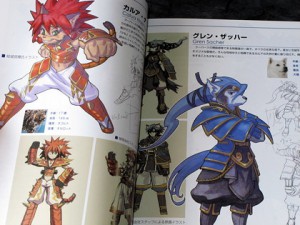 Prequel to Tail Concerto released; not yet in English

Solatorobo, a prequel to the furry PS1 game Tail Concerto (previously covered on Flayrah) was released in Japanese for the Nintendo DS late last month. Many hope for an English translation by next year, but game developers CyberConnect2 have not released any news.

Fans of the series wishing to play this game in English may want to petition CyberConnect2 and Atlus (the U.S. publishers of Tail Concerto) to encourage them to invest in a translation.

Editor's note: A beta version of the game has been seen in French. Check out the game's 100 ad spots, which reportedly aired in one eight-hour period on Tokyo MX TV a week before release.