Opinion: Hotel management doesn't care what your fursona is

In 2002, I wrote an article here about the problematic side of furry fandom, and what we needed to do about it. In 2007 I gave the fandom positive grades for progress made. In 2011 I praised the fandom for it's growth and outreach while also cautioning that growth can also come with its own difficulties. But now I fear that I need to talk to the fandom again.

The fandom has grown. With that comes a growth in the number of idiots and trouble makers, so risk isn't a hypothetical anymore. Damaging chairs, wrecking public areas, inappropriate conduct and a return to the "squick the mundanes" attitude that I'd hoped we'd moved beyond. This has already resulted in the failure of one major convention, Rainfurrest, and we need to all act to prevent it from happening to another. 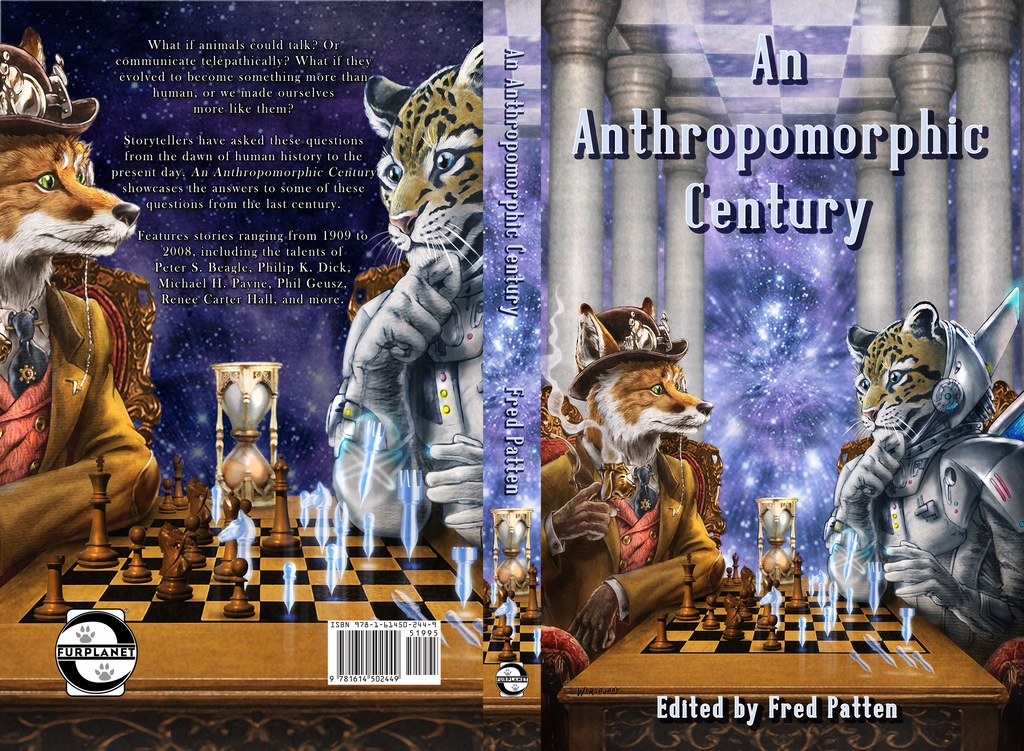 This is the third annual RainFurrest charity anthology, published to be sold at the RainFurrest convention in Seattle in late September, following 2011’s Stories of Camp RainFurrest and 2012’s Tails of a Clockwork World. It is also for sale through the FurPlanet online catalogue. The RainFurrest Annual Charity Anthology was created to celebrate and showcase the literary aspect of the anthropomorphics fandom as well as to raise funds for charity.

All of the contributing writers and artists have waived all fees so that the totality of the sales can go to the RainFurrest charity of the year.

The charity for RainFurrest 2013 is The Clouded Leopard Project, dedicated to the conservation of clouded leopards and their habitat by supporting field research, implementing education initiatives in a range countries, and bringing global awareness to clouded leopard conservation issues.

Dancing in the Moonlight, named after RainFurrest 2013’s theme, contains five short stories in teeny-tiny type, four of them illustrated. The book’s cover is by Sarah Alderete.

Flayrah's accomplished reviewer Fred Patten has been invited to contribute to cartoon historian Jerry Beck's revitalized blog, Cartoon Research. He's since reviewed his own history, along with that of Osamu Tezuka, Astro Boy and Atomcat, and described how home video created anime fandom (including a brief mention of Mark Merlino and the C/FO).

Beck co-founded Cartoon Brew nine years ago, but was 'bought out' last month by co-editor Amid Amidi, who plans to "evolve the site while retaining its candid and authoritative voice". The move was discussed at Deadline Hollywood and Toon Zone; FLIP has a brief interview.

Fred was also recently named Fandom Guest of Honor at Rainfurrest 2013 for his extensive history within furry fandom. Their other guests are Soulscape, Temperance and Fox Amoore. Keep your eye out for the 2012 Golden Hairball award winner for "Best Dressed" at 6:56.

Seattle’s first Furry conventions began in 1998. There were eight annual ConiFur Northwests, growing from 275 to 525 attendees, before they self-destructed after the 2005 event.

Rainfurrest (or Rainfurrest Anthropomorphics International) was first held in 2007 to be ConiFur’s replacement. It seems to be more successful; Rainfurrest has grown from 370 attendees in 2007 to 1,420 last year.

Practically all Furry conventions have souvenir “conbooks”, and two or three short stories by members are a feature of these. Rainfurrest 2011 decided to take this a step further.

The group is looking for G–PG short stories of 5,000–8,000 words under the theme "Steam Punk, Weird Science/mad science". Draft submissions are due by February 2.

Proceeds are to go to the upcoming convention's charity. Contributing authors will receive a copy of the book.

This Rainfurrest 2011 newsletter covers upcoming staff meetings; the closure of pre-registration on September 7; notice of available hotel rooms in the Clarion; website updates (including the current events grid); art jam, art show and artist alley announcements; information on the campfire sing-along and a notice of cancellation for the Guinness Book of Records attempt.

This newsletter covers RainFurrest's first annual kickoff BBQ, an attempt to enter the Guinness Book of World Records with the largest collection of plushies, the selection of Beetlecat as a guest of honour and Love-A-Mutt as the convention's charity, announcement of an alternate hotel, requests for staff and conbook submissions and details of the artists alley and art show.

Do you like being on stage? Do have a skit or a song you want to perform? Or perhaps a great fursuit you want everyone to see? Then sign up for the Rainfurrest Variety Show!

The Rainfurrest Variety Show is more than just a masquerade, it's a chance to really strut your stuff - even if you don't have a fursuit! One grand prize will be given to the best act, but there will be awards for all participating acts. So don't be shy - you get stuff!