Planet of the Apes

'War for the Planet of the Apes': I read the news today, oh boy I managed to see both the previous installments of this movie series in theaters (Rise in 2011 and Dawn in 2014). Despite the fact that I went in intending to review these movies for Flayrah when both of them came out, I didn't.

The truth of the matter is that I got bored, and just couldn't be bothered to write anything.

So, I really should have reviewed those other two movies. But it helps that this is the first movie in the series I actually liked, though.

Rise and Dawn are not bad movies; they have a lot of positive qualities to them, but I never really liked them.

This review's lyrical headline comes from the Beatles' "A Day in the Life", and, yes, I'm making that a "thing".. 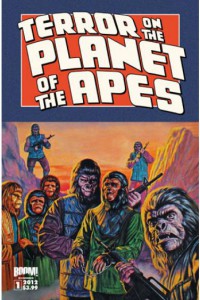