I’ve done this five times before, the ground rules should be clear, but a quick reminder for the uninformed: all movies are my choices, not Flayrah’s, choices are not necessarily furry, movies came out theatrically in 2016 and that’s about it. Usually I do a list of preliminaries, but I’ll save that for Twitter; I don’t remember how to code the boxes, and I’ve changed accounts so I can’t just copy and paste the code, anyway.

Now, without further ado, let the bodies hit the floor! According to box office tracking site Box Office Mojo, Zootopia has just passed Deadpool to become the highest grossing movie of 2016. It's still early in the year, and Zootopia will most likely have relinquished the crown by 2017, but the beginning of the year has seen furries and superheroes battle it out for dominance at the box office.

As of press time, the current weekly box office champ, on its second weekend, is Batman v Superman: Dawn of Justice, a superhero showdown of franchise-launching proportions; when the dust settles, it will probably come out ahead of Zootopia, though some film pundits have sensed weakness. The film, while doing massive box office by any standards, has still underperformed compared to predictions both weeks, and has had massive box office drops both from day to day and week to week. Zootopia, while never as massive an opener, has sustained smaller drop-offs and consistently overperformed compared to box office pundit predictions.

But the story of 2016's box office hasn't just been Batman v Superman v Zootopia; as noted, the previous biggest box office of the year was Deadpool, while a look back at the weekly charts reveals its been furries versus superheroes since nearly the beginning of the year. 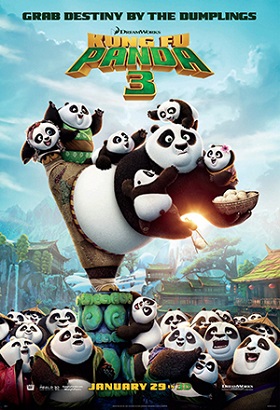 The word that best describes the Kung Fu Panda film series, in my opinion, is "classy."

Which is surprising, because DreamWorks Animation was not known as a classy studio. The studio got its start with Shrek (a movie studio founder Jeffrey Katzenberg consider's DreamWorks' "North Star," whatever that means), which didn't introduce the fart joke to mainstream animation, but certainly played a big part in popularizing it. It's not a classy movie, is what I'm saying, and it has no pretensions otherwise. And so, for seven years, that was DreamWorks, where the world of animated movies was you were either Disney or Pixar, or you were, at best, the angry rejects who could only hope to stand out by virtue of crassness.

Enter Kung Fu Panda, a movie that features Jack Black as an overweight anthropomorphic panda with a nervous eating habit. The fart jokes should have written themselves, right? I went into that movie expecting a fun "romp," an innocuous time waster with a couple friends. Even as a furry, a DreamWorks animation movie, even one about anthropomorphic animals, meant it was, at best, going to be okay. Instead, it felt like a lightning strike; this was a real movie. It respected its characters, its setting, its story, its audience. And then, somehow, the sequel was even better.

So, anyway, Kung Fu Panda 3 is also pretty good. And also way classier than my headline, which contains the word fart. I guess you could describe that headline as "gassy." And this review now contains more fart jokes than the entire Kung Fu Panda trilogy. Isn't that funny?

2016 is shaping up to be a benchmark year for furry movies. Though movies featuring talking or otherwise anthropomorphic animals are hardly uncommon, this year looks to be exceptionally full, and many of the movies coming out have impressive pedigrees. It should also be noted that there is a ridiculously high number of foxes featured, for those of us who find that important.

Cartoon Brew has a list of 47 animated movies planned to be released next year, where most of these movies are drawn from; not all of them contain furry characters, but many do. There are also a few live action titles that can be counted on to be furry. Notably, 2016 release Zootopia's first trailer provided a list of unique features it contained, including bipedal, tech-using, clothed talking animals in a human free world; though these attributes are uncommon, if not actually original, 2016 will contain six movies that meet these requirements (Kung Fu Panda 3, Rock Dog, Sing, Sly Cooper, Spark and Zootopia).

What is your second-most-anticipated furry movie of 2016?

LionsGate Entertainment, best known, at least furry and animation-wise, for Alpha and Omega and its various direct to video sequels, has released a trailer for its January 15, 2016 theatrical movie, Norm of the North, which features a polar bear taking a trip to New York City to save the Arctic ice cap.

At least the scene where titular polar bear Norm meets a man in a polar bear suit is interesting from a furry standpoint.

Perhaps more exciting than the trailer itself is the announcement of the release date, which sees the movie go up directly against The Nut Job 2; it seems release date power plays aren't just for superhero movies, anymore. It may be interesting to see if either movie "flinches" in this cinematic game of chicken. 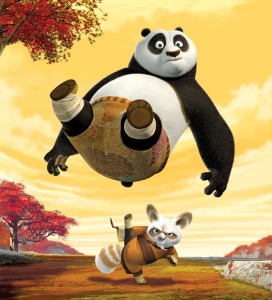