Stone cold sober, as a matter of fact… Another animation-influenced graphic designer we’ve discovered is Christopher Lee — no, not that one, though he probably gets that all the time. This Christopher is an artist from Northern California who later moved down south to find work in art and animation. He did, working for graphic magazines like Vapors and Buck. Lately though he’s struck off on his own, creating a line of posters, prints, t-shirts, and even toy designs based on his original art. His web site is called The Beast Is Back, and on that ominous note you should go visit if you want to find out more. Seriously, you’ll see plenty of his art on just the front page. 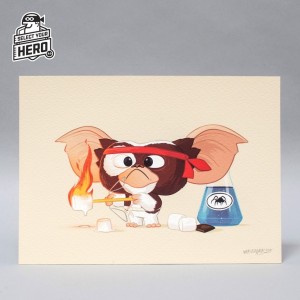