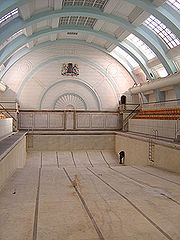 The pool "is closed" -- Splash

The Yiff Image Board (fap.yiff.com) has closed due to a lack of funding. The site's administrator, Splash, left a notice:[1]

The image board was commonly known as "Yiff FAP", and was sometimes confused with Yiffstar's F.A.P. The site has been around since at least November 2005. It closed in October 2006 due to server maintenance, but subsequently reopened.

The board is not the first to close, or to re-open. The site currently known as Lulz.net has been down twice for extended periods, while the short-lived ChanPlz was closed by its administrators after controversy over its rejection of Do Not Post lists.[2]