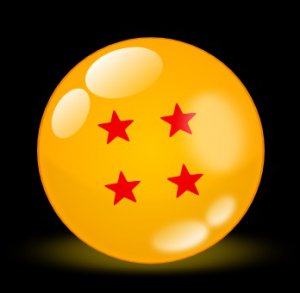 The furry fandom’s favorite fighting fox has proven once against that when it comes to the competitive fighting game scene, he cannot be denied. SonicFox found himself victorious in the EVO eSport World Championship, to taking home the first-place victory in Dragon Ball FighterZ. He also kept his form as a top contestant in the Injustice 2 scene, able to take home third place despite having waned his practice to focus on the anime based game.

Many in the furry fandom typically care so little about sports that the University of Waterloo that researches furries literally uses sports fandoms as a control group when trying to compare those in furry with those of the outside world. However, it seems that when it comes to the fighting game eSports scene, many have found themselves giving into the fan fever of competition as one of their own dominates its world.

Those who watched the final match against Goichi (using the tag Go1) were not disappointed as the two faced off in their final sets to claim the title. It is a match that will go down in fighting game history scene for the intensity, and little bit of controversy.

Tails to the Rescue

Who is the best??? @SonicFox5000 of course~
It always makes me happy watching how much u succeed ???? pic.twitter.com/uNBJm9eq4l

Like all real sports, the environment in which the contest takes place can sometimes be a cause of debate over the results for some of the more intense fans. In the case of SonicFox’s victory over Go1, we find such a dubious honor of fan grief over the situation in which the fandom’s fighting champion received his win. This moment occurred between the final sets these competitors held together.

Due to the way contestants are eliminated, SonicFox, who just received his first defeat by Go1, would have to be defeated again before he would lose the championship. Just as they were going to start this second set, SonicFox decided to request that the two contestants switch chairs: making him player one and his opponent player two. This request was refused by Go1 and resulted in a coinflip to determine who would get which seat as per the rules when players disagree on who gets which chair.

The break in momentum this caused made Go1 fans quite irate, who decried that the behavior by SonicFox in delaying the request to switch chairs was an unsportsmanlike act. However, it was arguably within the rule sets. Before a match begins player can request a specific seat, and a coin flip settles said seating disputes.

SonicFox, being a furry, of course picked tails.

Being true to his roots in this case paid off as that is what the coin came up as, and the rest is history.

Hate the rules not the player

The controversy surrounding the chair switch may have some merit to it in that as SonicFox admitted on Twitter that him being put in the player one position certainly put him at ease which helped him to overcome his rival. It seems kind of odd in the video game world to say Tails bailed out Sonic in a context outside of the speedy hedgehog series, but here we are.

But one would ask why contestants are thirsting to not be player two.

This has to do with the design of the game itself, and most standard fighting games. The default position for a single player game is the player one position, which starts on the left side of the screen. This means that by default it is the side that a human player will begin most of their matches. Which in turn makes it rarer for a person to play a game starting from the right side. One can see that most players will find starting from the left side of the screen more comfortable than the one they are not used to, as a result.

Interestingly this causes a mostly synchronous game that relies on skill to have a moment of bring asynchronous. In this way those familiar with competitive chess can relate to this. The white pieces get the first move, which make the style in which you play it different from the black pieces, particularly during the early game. As the game goes on this early difference matters less and less as the situation changes. The slight advantages of these different starting points also matter far less if there is a big skill gap between the players, but at the grand master level it can make quite a difference. Rules are taken into consideration to have them play both sides, and prove that like in a Michael Jackson lyric, it doesn’t matter if they’re black or white.

Therefore, when SonicFox claims that it was the player one slot that had been one of the main reasons he was able to snatch victory, then it seems to lend to it an air that the skill difference he perceived between himself and his opponent was quite minuscule. As a result, he knows that he’s going to have to work hard to ensure that Go1 doesn’t come for his title next go around. Nothing says this more than the fact HookGangGod, who defeat SonicFox in a tournament just a few months earlier, didn't even make it to the to ten this time around. Things can change quickly in this competitive scene.

So, this means the fans of Go1 had a point that if the switch hadn’t happened that their favorite fighter could have taken the crown, right?

Well, one should remember that SonicFox’s request to switch chairs was within his right, as it would have been within Go1’s right to request this had their positions been reversed. They are there to win under the rules given, not under the ones their adversary’s fans wish they had. Complaints about environmental interferences, if there are believed to be any, should not be directed at the players who both deserved to be there and knew all the factors at play, but instead to those in control over those environments. This comes in two flavors:

It is now I realize why no one watches sports with me, and I typically don’t get too into them in general. I focus way too much on mechanical items and not the personality around the players, even when one of them is a furry. Sorry, can’t help it. 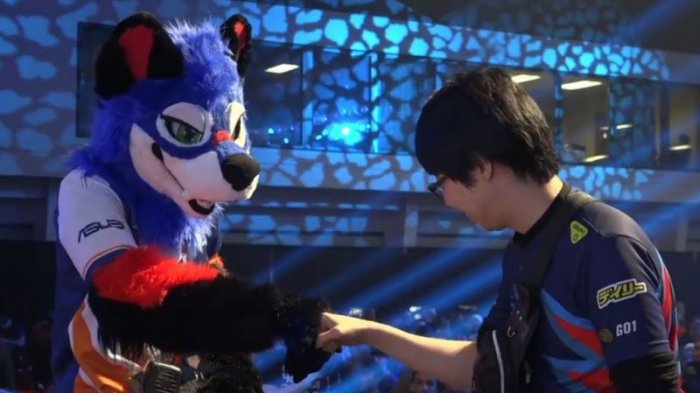 Is the fox actually a GOAT?

Many in the furry fandom have used the term “GOAT” to describe SonicFox after his latest victory. For those not in the sports fandoms this can be confusing. SonicFox isn’t a goat, he’s a fox, duh. No worries there, I was just as confused and had to look up what this meant. What they are referring to is a title known as: Greatest of all Time. Thanks, Urban Dictionary!

Usually this title seems to go to players whose names are typically known outside of a sports scene because they are seen as such a vital and skilled individual that they gain fame that goes beyond the nerds that follow the sport closely. For instance, despite my ignorance in the field there are names such as Muhammad Ali, Babe Ruth, Michael Jordon, and the like. Now obviously there is always debate over the title as it is only supposed to go to the greatest, so who may believe that one being called a goat just has a following of sheep can occur.

Like most titles of greatness, it’s not really something that is able to be analyzed by the individual themselves, and not really their most rabid fans. For instance, even a person who loathes the Chicago Bulls can put aside that sour grape and see Jordon as a great player. Because real goats, as we know, are always hungry, and they’ll eat everything they can get their muzzle on, they’ll always strive for more.

And in the world of eSports, you have to be hungrier than those of their more physical brethren. This is because eSports is a far more volatile environment. The fighting games that were popular two years ago may not even have a tournament today. Marvel VS Capcom, a once staple in the fighter competitive scene, had no contest this year whatsoever.

Could you imagine if a person playing football showed up to the field two years later and found people throwing around the balls with their hands, or if hockey players showed up to find that they now had to play it while swimming and had to skip the puck across the water’s surface to get it into the goal?

This dynamic in the fighter genre is getting better and may not be as drastic as that these days. The difference between Mortal Kombat and Street Fighter in the sixteen bit era is far more different than Injustice 2 and Dragonball FighterZ. Game design has started to make control an evolutionary item instead of reinventing the wheel like they used to. But don’t be fooled, there are nuances to acquire for sure even today.

For instance, just after EVO this year Dragon FighterZ had a major patch update which changed the viability and tactics for its existing characters. It even added entirely new characters to the roster! So unlike the old days where you could master a game and come back years later to an unchanged landscape, today with our patch heavy digital world, the landscape of a solitary game can change drastically.

So in such an environment, if the fox wants to be a goat, he needs to stay hungry and keep eating. He needs to ensure that his victories aren’t left to chance and continue to put in the time he does. I’m sure these are things, as one striving to be and retain being the greatest, the fox knows already. And should he keep consuming victory in the face of adversity, the fox may very well one day become a GOAT to more than just the eSports and furry fandoms that admire him.

You're definitely writing a bit much, and I like it. Especially the ways game designers can negate the left-player advantage on higher levels. Have you considered writing for a fighting game website?

I am kind of disappointed he did not play in costume, but I understand the decision, and he still shows his commitment to his fursona throughout. It makes him absolutely adorable. I bet he gets more flirting than his competition.

As for the chair exchange, those are given technicalities in any high-end competitive environment. A good player isn't just good at the game but at overcoming the pressure surrounding it too.