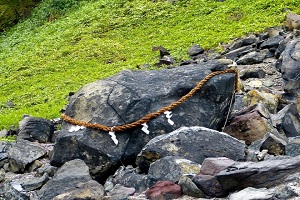 The A cover for this issue of My Little Pony: Friendship is Magic looks like a really, really rejected Marvel Secret Invastion crossover cover from a few years back. At least it gives you some kind of warning; heaven help you if you got the B cover, featuring Twilight Sparkle and Pinkie Pie happily ice skating. I may have juxtaposed Hack/Slash with this series last time, but I’m just kidding around. Apparently some like their ponies like their coffee; black and bitter.

Review: 'Housepets! Can Be Real Ladykillers' (Book 3), by Rick Griffin For those who are not already reading Housepets!, the Monday-Wednesday-Friday-updating Internet full-color strip (and why not? It won Best Anthropomorphic Comic Strip for three years running, 2009 to 2011, and it’s free), Book 3 collects the strips from May 31, 2010 to June 3, 2011. These are the story-arcs #31, “Spot McCloud Presents Comics” to #42, “Not All Dogs”, plus all the one-off gag strips between.

Interview with Author of "The Fox Woman"

SFSite has an interview this issue with the author of The Fox Woman, a fantasy novel about a kitsune. I haven't read this one, but I've read some of Johnson's other work and found it intriguing. The interview's neat... anyone read the book yet? This is the site's review of it.