Antilia is described by its creators as “an MMORPG featuring a beautiful world, original races, unique gameplay, and an innovative storytelling system!” Brought about by Jeff Leigh and the crew at Right Brain Games, this new multi-player game is currently in the testing and programming  stage — and has a Kickstarter campaign up to get things brought to the next level. According to Jeff, “With Antilia, we are creating a unique and beautiful science-fiction/fantasy world, populated by distinctive anthropomorphic races. If you’ve heard of Antilia before, it’s because we have spent several years refining our process and building the game’s foundation. Antilia has had public alpha tests for the past two years as we developed, and are confident we can deliver a quality game.” Find out more by visiting Antilia’s web site, or by checking out the preview trailer up on YouTube. 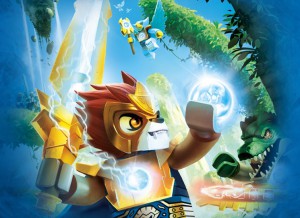 OGPlanet, a publisher of free-to-play, massively-multiplayer-online, downloadable PC games, has announced that their new game Gundog has entered its beta-test phase. Earth Eternal not so eternal after all...

It appears Earth Eternal is not so, as it was shut down for the second time on November 21st, 2011 at 9:00PM EST. No reason was cited, but the game's website (and that of its Japanese version, Ikimonogatari), were withdrawn, with an announcement on the project's Facebook page the sole notice — much to the outrage of fans in the comments.

Earth Eternal, which was billed by some as a furry MMORPG, and which went offline in September 2010, is about to be relaunched in North America under its new ownership. Formerly run by SparkPlay, the new version, described as revived and revamped, will be operated by Outblaze and TurnOut Ventures. Although rumors have abounded for months that a relaunch might be forthcoming, it was only recently that there has been a more definitive announcement that a beta would be launching shortly.

The new game will have some differences from the old. Only twelve of the twenty-two character races from the original will be available. There will no longer be a browser version, and a Facebook account will be required. The changes to the game made it impossible to preserve characters from the original, so all players will need to start over (and according to their website, characters created for the beta release will be deleted at the end of the beta period).

Some have already been playing the Japanese version, and report that the character models have been somewhat altered to a more Japanese styling. Despite some differences, the overall look and feel and the gameplay are much like the earlier incarnation of the game.

Earth Eternal is coming back!

So get out your katana, because this time it's kemono style!

Almost a month ago on 31 December 2010, Snoopy007 found a very interesting page on the website of Japanese game company Sankando.