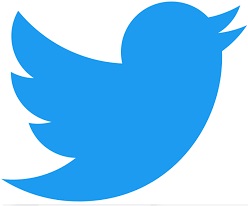 Furry information security blogger Soatek was banned from Twitter on Thursday, December 15th after posting on his account how easy it was to circumvent post restrictions that the platform had silently implemented to block links to the Mastodon version of ElonJet. In a blog post written by the security blogger, he demonstrates the differences in response from Twitter to public sharing of site flaws before Elon Musk had taken over in October versus now.

On September 5th, Fur Affinity announced it will not be accepting art works that are generated by artificial intelligence programs. Recently computer algorithm generated artwork has come under much discussion as machine learning applications such as DALL-E have shown the ability to take obscure prompts and create art pieces based on them.

Content created by artificial intelligence is not allowed on Fur Affinity.

AI and machine learning applications (DALL-E, Craiyon) sample other artists' work to create content. That content generated can reference hundreds, even thousands of pieces of work from other artists to create derivative images.

Our goal is to support artists and their content. We don’t believe it’s in our community’s best interests to allow AI generated content on the site.

Dragoneer indicated in a Twitter statement on how blatant these programs are in assimilating the pieces of other artists as their own. He pointed to an example of a signature placed on a piece giving evidence of those that the program sampled from.

We made the decision to ban AI generated content on FA. I know a lot of people are asking, "but what about..."

Look, the AI-generated "art" is openly copying the signatures of the artists and teams it's sampling from. Maybe even from somebody you know. It's too much. - Dragoneer