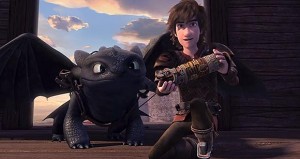 That Kung Fu Panda 3 release date is very, very worrying. January? And you know Star Wars is still going to be trouncing the box office, so this is a "send-it-out-to-die" release date if I ever saw one.

Dreamworks has not officially stated it, but many in the Hollywood buzz-circle believe that Dreamworks' strategy is to release the film one week before Chinese New Year.