In the category of Best Game, the honor went to Insanely Twisted Shadow Planet, the creation of well-known funny animal and fantasy cartoonist Michel Gagne. In the television categories, the big winner of the night was Prep & Landing: Naughty vs. Nice from Disney, which won four awards.  (However the big prize, Best General Audience TV Production, went to perennial favorite The Simpsons). Penguins of Madagascar won for Editing in a TV Production, and Voice Acting (for Jeff Bennett as Kowalski). The entire show was hosted by comedian and actor Patton Oswalt, the voice of Remy in Pixar’s Ratatouille.  At the after-awards dinner party, Rango director Gore Verbinski remarked that the show was “The strangest thing I’ve ever seen”. We’d be hard-pressed to argue.

For a complete list of all the winners and nominees, make sure to visit the Annie Awards web site. And remember, a membership in ASIFA not only gets you a discount on tickets to the Annie Awards, but lots of animation screenings and seminars throughout the year as well. 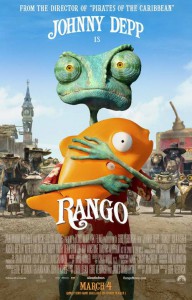