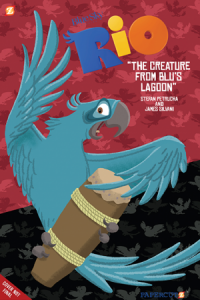 Here Come the Birds ['The Art of Rio']

Not content to have the (as should be expected) “art of Rio 2“, Blue Sky Studios instead brings us The Art of Rio: Featuring a Carnival of Art from Rio and Rio 2.  My, now that’s a title! “From 20th Century Fox Animation and Blue Sky Studios, the creators of Ice Age and Horton Hears a Who!, the musical adventure comedy Rio told the story of how rare Blue Macaws Blu and Jewel met and fell in love in Rio de Janeiro during Carnival. In Rio 2, the pair journey with their 3 chicks to the amazon jungle in search of their wild roots. With over 300 pieces of concept art, character sketches, storyboards and digital paintings, along with interviews with the key animation talent, this book reveals the artistry behind the 2 colorful movies.” It’s put together by Tara Bennett (who’s written and edited several movie tie-in books of the sort), with an introduction by Carlos Saldanha (the director of both films). Look for it at Amazon, where it’s available now in hardcover. 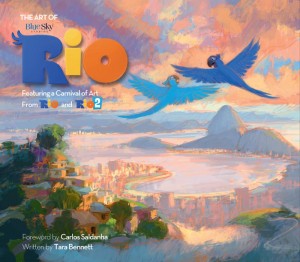 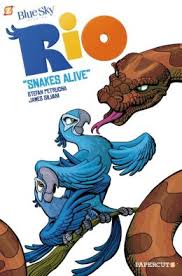 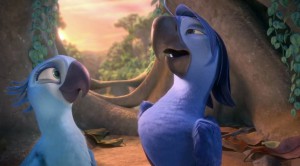 I just got through reviewing the coffee-table The Art of 'Epic' for Animation World Network. (My review should be posted in the next day or two.) In it, director Chris Wedge says that a major reason for Blue Sky to have made Epic is to evolve the studio away from hard-edged, bright computer graphics like in the Ice Age movies, Robots, and Rio. and develop a softer, more dense look, such as that needed for the realistic forest in Epic. It sure hasn’t taken them long to get back to the brightly-colored Rio!