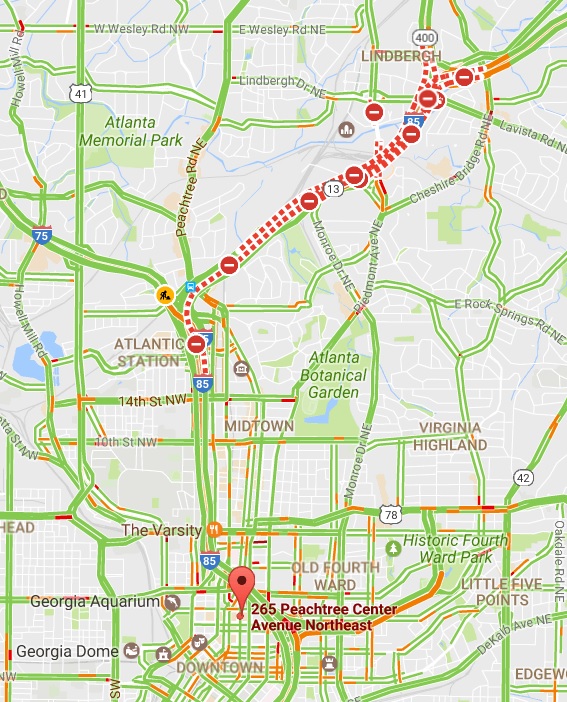 Convention attendees to Atlanta, Georgia's furry gathering are advised to keep a look out for any updates on traveling conditions as news reports of a major highway failure have surfaced. The infrastructure failure due to an intense fire has made national headlines and has occurred near a main road artery near where interstate 85 and 400 conjoin.

The loss of such a major road for the city could exacerbate traffic conditions in the region for the foreseeable future. It is advised if any attendees are traveling to the convention by automobile, particularly from a Northern direction, that they take additional time and make sure to keep abreast of any detours and delays that may result.

Furry Weekend Atlanta is only six days away, starting on April 6th. Its main hotel is located at 265 Peachtree Center in downtown. The infrastructure failure is located approximately nine miles north from there. The image on this article is a screenshot as of publication. Clicking on it will link to a more current map view of the area.

The below contains the detour route currently assigned for the affected area:

Squeak! Spelling rat is wiggling whiskers at 'exasperate traffic'. *exacerbate :) and i hope nobody is delayed for the con.