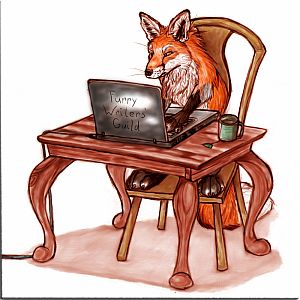 About five months after the forum closure had been announced, they were reopened, now running Discourse and hosted by former FWG president and co-founder of [adjective][species], Makyo. There were some migration issues such as broken BBCode and a scare that user data was deleted. However, the move also fixed other issues, such as the lack of HTTPS support in the earlier forum. Although there are still plans to alter the forum's URL in the future, presumably to match the main FWG website, the forum appears, stable and accessible and should slowly become a key part of the FWG's mission once again.

The Furry Writers' Guild, founded in 2011 by Sean "Duroc" Silva, exists to support and promote anthropomorphic fiction. It has done this in different ways. The FWG serves as a point for writers to talk, learn about calls for stories and find editors and beta readers. FWG members are also able to vote in the annual Coyotl Awards, the most recent results of which can be read here.

Rakuen Growlithe is an associate member of the Furry Writers' Guild.
Tags:

In before you-know-who gets here with his grinding axe.

Ah welcome back Doctor. How does it feel to be back home?
Your sister has also returned with you (the little green animu cat)
Its 2020 and we hope you find a job soon, the trust fund must be looking worse for wear