New Adventures in the City We All Love!

Just today on Twitter, Disney Animation made the announcement that a new slate of original animated TV series is on its way to the Disney+ streaming service — and among them is a show called Zootopia+. Yes: Zootopia the series! According to other sources, the series will follow several characters throughout the multi-species city, rather than focusing exclusively on Nick Wilde and Judy Hopps. Here’s the bad news though: We’ll have to wait ’till 2022 to see it! 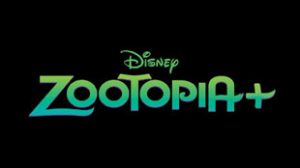