Super Animal Royale - A 2D Fortnite for the furry 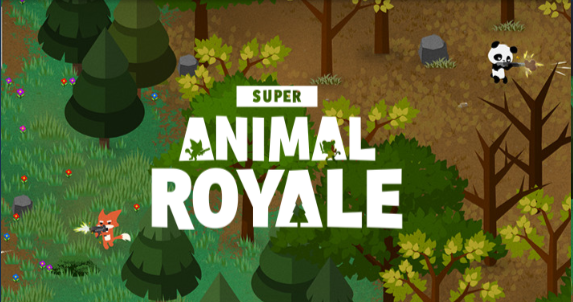 It is well known to many Flayrah readers that there is at least one of our contributors that has a habit surrounding a game by the name of Fortnite. They usually write reviews for movies and not games, so this is no big deal. That third person battle royale shooter was a spin off of its inspiration PUBG: Battlegrounds. Given its more stylized graphics and quirky building mechanics, Fortnite became a powerhouse and caught on in the consumer markets much to the chagrin of those who like the more realistic and rough stylings of PUBG.

But if it’s anything that the battle royale genre teaches you, it is that just because you’re the first to hit the ground, doesn’t mean you’ll be the last one standing.

Regardless, if there is one thing for sure most of this site’s target audience can agree on is that neither of those games is really “furry”. Sure there are skins in Fortnite that let you dress up and you can write an article listing them out for the fur-curious gamers playing it, if you really want to. But it is very certain that the characters fighting it out in the battle in these games are very much homosapiens. Not that there’s anything wrong with that.

Luckily for furs in 2021, a new battle royale game was released officially that may appeal more toward the anthro enthusiast. Super Animal Royale is a game of genetically modified animal folks fighting it out in a dilapidated Disney-esque amusement park called Super Animal World to try and be the best of up to 64 contestants thrown into this battle of the death by being the last animal standing.

A storyless game that is rich in lore

This game is mostly gameplay focused as most of the battle royale genre tends to be denoted by fast paced multiplayer combat. However, that doesn’t mean that there is no story. This is communicated through the game through atmospheric touches. Crates of supplies are strewn about, signs are dilapidated, chairs and tables are upended.

One particular story of interest seems to be how the pun ridden newscaster Donk (a donkey) seems to have attracted the ire of some kind of resistance movement. His star in the walk of fame near the park entrance is vandalized, and across the park from there the east side room in a barn has an event poster and room where he was doing a meet and greet completely desecrated in the same symbology of a balled up paw fist. It gives a sense of curiosity why this group sees this newscaster donkey as an ass.

But you can’t concern yourself with politics right now, you have to survive your match first.

An art museum in the southwest corner has animal versions of famous pieces, with a smattering of fan works put in. The art direction of the game itself is very cutesy and stylized which makes the character movements easy to read and understand. The sound direction is also very good as those with game sense will be able to use sound cues to take action. Distant gun fights may cause a player to flee away from the sound, or to approach with caution in hopes of picking off a battle weakened foe.

You can also hear the sound of a… I’ll say yip (but it sounds like yiff, I’m sorry)... when an animal character does a tuck and roll, which is the fastest on foot motion. However you can do things more sneakily if you hold control and do the roll. If you have the ninja boots item and you do a crouch roll, then you are completely silent. In either case you cannot reload while rolling, so during combat you can’t just dance around too much without some planning. 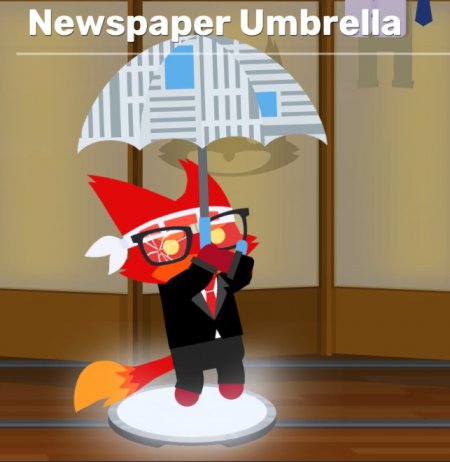 Items such as the ninja boots, weapons, and armor are scattered across the map. These are randomly placed each game, but the items tend to spawn in similar locations: particularly in and around buildings. You can hold two weapons, wear one armor piece which come in three varieties, a throwable (such as grenades and bananas), and one supplementary item which all adjust gameplay in their own unique and interesting ways.

One example are the clawed boots which you use to cut grass instantly by walking over it which helps you get certain loot quicker and without putting your ranged weapon away to cut it away with your melee weapon. You can get a yellow cup which will help you drink your healing juice faster in a tight spot. Or you can get those ninja boots mentioned earlier which will deafen your foot falls a bit to opposing players, but they can still see you just fine.

And you can only hold one of these so it makes you think of which boon you need for which situation. For instance the ninja and claw boots are not the greatest in the late game when the tightening arena forces you from hiding and limits any sort of resource gathering in the grass. However the yellow cup is great in late game as healing quickly is going to be necessary in the hectic and desperate circle, but early on it’s not useful as you don’t have much health juice to drink, it’s better when your cup is almost full and not nearly empty.

Your strategy needs to adapt and shift with the moment. There are foundational behaviors which will make you more successful, but sometimes you aren’t going to find the optimal items for the situation at hand, so you work with what you have. And the more broad your skill set with the items the better you will deal with a variety of situations. There’s no ‘wrong’ weapon or item, each has their strengths and weaknesses.

For instance the bow and poison darts while both long range weapons work rather well together for attacking an opponent and ignoring their armor. It’s a great situational pairing if you are in a one on one with a person with more armor than you, and you can take the armor off them without damage if you do it right. However, if you are in an intense brouhaha with multiple parties and guns blazing the slow fire rates will do a number on you, which is why most wouldn’t pair these together. But it can be surprisingly useful.

As you play you’ll find out these and develop strategies that fit your play style. Being avoidant and stealthy, or going in Jenkins style, whichever works for you.

What I like about the game’s daily and weekly incentive systems is that they promote the player to explore different play styles to complete the tasks. They also highlight mechanics that may never have been noticed by the player.

For instance you could eat coconuts or mushrooms about the map to quickly restore health. You can also start campfires which will happen if you approach an unused woodpile with less than full health. These methods actually serve a purpose and are not just redundant to the health drink you carry around because you can do those activities and stay in the fight or keep control of an area. You can’t drink and fight, but you can fight near a warm fire to give yourself a bit more resilience than your opponent.

These daily tasks also make it so that the value of playing too many games a day decreases, incentivizing a daily session to keep people coming back while at the same time giving a good egress point where the dimensioning returns on you experience gain encourages you to put the game down for the day and wait for the next day’s activities.

It must be noted that the daily activities are unique to each player, so you can’t guess what your opponents will be going for. However, the weekly tasks are indeed universal for all players. So if you see a ‘Travel some amount of km with the hamster ball’ be aware others may be going for those rolling bubble balls. Especially since, while fragile to bullets, it moves quickly and will instantly kill you if it runs you over.

There are a few games that I typically would call my ‘staple’ games. These are games you go to a few hours a week or day to play to relieve the stresses of the day and hang out with friends. Team Fortress and Left 4 Dead used to fill that roll for me. I can see this very easily becoming that for me in the future. The daily items keep the game interesting and fresh by changing your behavior ever so slightly to give it a spice that will help keep it from going stale.

This is true in spite of me being happy with my avatar. Any additional unlocks will be bonuses. Maybe I can create different avatars inspired by designs of other fursonas of my friends or colleagues.

In the end, I would highly recommend the game for those who want a quick high action romp. It’s my new favorite battle royale genre game. But this is only because Mario 35, a competitive Mario Bros battle royale game that I adored, is no longer available to play. Guess Pixel should thank Nintendo for aborting it’s own contribution to the genre.

It also turns out that this game was officially released in 2021. I guess it’s going to threaten to put Death’s Door on death’s door. Well, may the best animal win.