I was just going to sit on this particular entry until a later time, since Maus is a novel I rather grew up with, having discovered it in college. Current events have ratcheted my schedule up to today. See the details in Sonious' article.

As such, Maus is also the latest example in a long line of important literature to see censorship such as To Kill a Mockingbird, 1984, or even The Lorax. Like any of those other examples, the motivation for this censorship grays in contrast to the social and cultural impact the work has.

The story re-imagines the memoirs of a Holocaust survivor, through the anthropomorphic template of Jewish mice suffering at the paws of SS cats. The involved plot revolves around main character Artie and his tight-knit neighborhood of survivors, as they reflect on the horrors of the past. Of course, the weight of these events is more than enough to color their relatively safe present. Much of the novel does indeed read like a Jewish Historical Society compendium, and does not skimp an iota on content of the dire situation they survived.

In this manner, Maus is to World War II as the manga Apocalypse Meow (Japanese title: Cat Shit One) is to Vietnam. The frank nature and atmospheric detail adds to a result that is both disturbing and compelling. The stark black-and-white visuals complement this approach seamlessly, giving readers the sensation of leafing through ancient photos and diary entries.

Naturally, all of this is likely to be missed by those concerned with protecting inquiring minds from the truth. Books, like food, are the mind's nourishment, and good nourishment should never be tossed away lest society be left to become weakened in starvation, as can be denoted from the below scene from Maus. 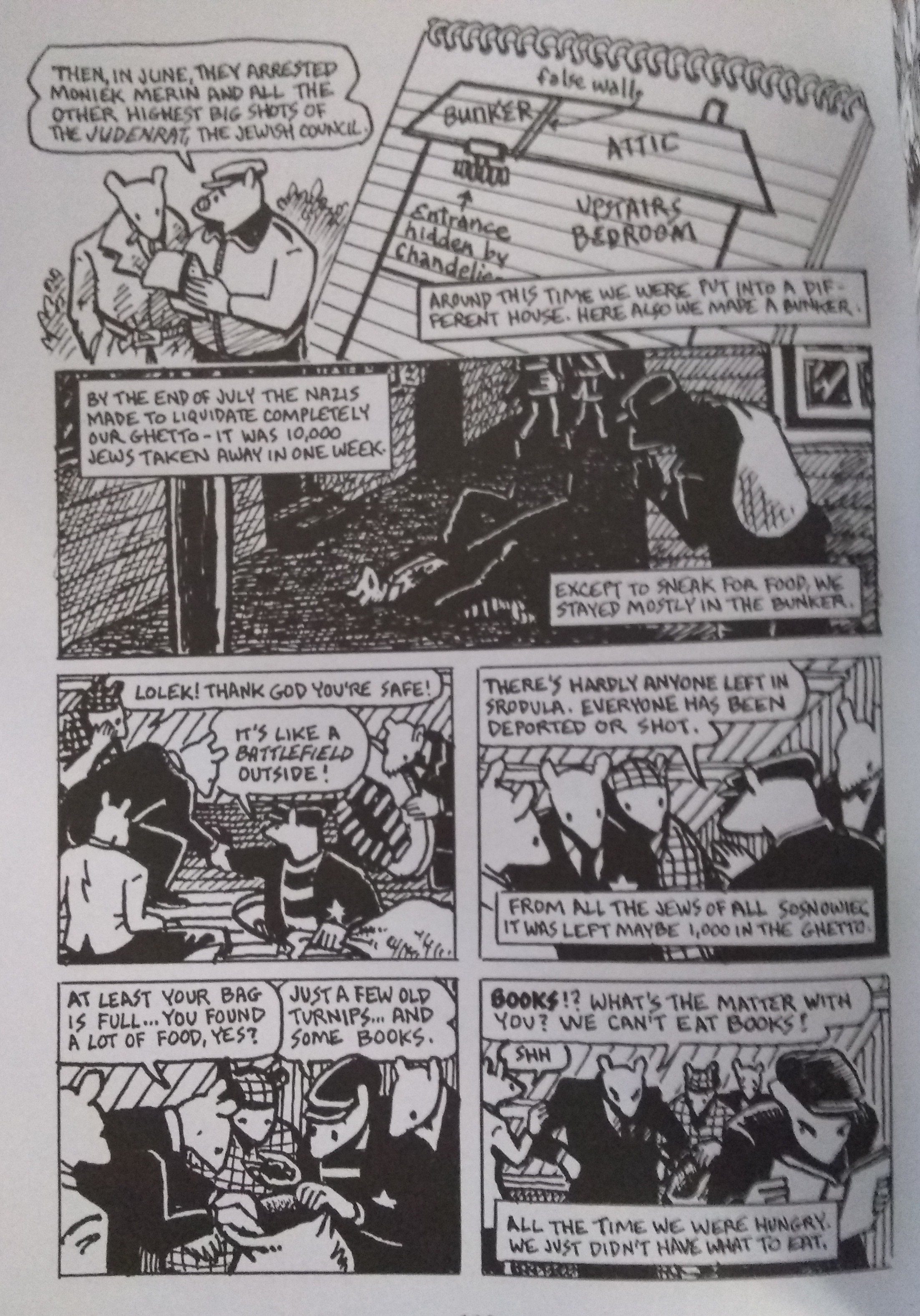 Maus is the worst. I heard about the naked mouse woman but couldn't find it, apparently it was just a normal mouse. I've been ripped off!

On top of that, there was nothing funny about the book either. The book has no good jokes. That sucks even more!

There's bad art and then there's Maus. I think if there were ten characters who would support having Maus banned, they would be as follows: