Between the time I went to see DC League of Super-Pets and writing this, things got weird at Warner Bros. Two movies that were reportedly near completion were suddenly shelved. Most mainstream movie press outlets covered this as "What does this mean for this group of comic book superhero movies?". Even Flayrah's Newsbyte on the subject only mentioned Batgirl, despite the fact that Scoob! Holiday Haunt, an actual movie featuring anthropomorphic animals, rather than just one superhero in a pseudo-fursuit, was also cancelled.

And that has some bearing on my thoughts on this movie. Warner Animation Group is looking like it could be in trouble. Even though it appears that the studio will survive in some capacity, people are going to lose jobs in this area. So, it doesn't feel like a good time to take a look at their latest output, shrug, and say, "It was okay, I guess?"

DC League of Super-Pets was directed by Jared Stern and Sam Levine, and stars Dwayne Johnson as Krypto, Superman's superpowered pet dog. When the evil guinea pig Lulu (voiced by Kate McKinnon) manages to depower Krypto, he must lead a team of newly-empowered shelter pets in order to rescue his kidnapped master.

It was okay, I guess?

Those Other Pets Need Love Too

The campaign to legalize ferrets as pets in California (yes that’s a thing) recently let us know about My Name Is Musky, a picture book for young people written by Matty Giuliano and illustrated by Morgan Spicer. It’s rare to find a cute book about pets that actually focuses on ferrets! “Poor Musky! A small white ferret is abandoned and left by the side of the road. Things start to look up, though, when a nice lady named Stephanie shows up and saves the day. It’s off to the cozy, warm animal shelter for this little ferret—but will anyone want to adopt a different kind of furry animal friend?” Check out the official web site too. 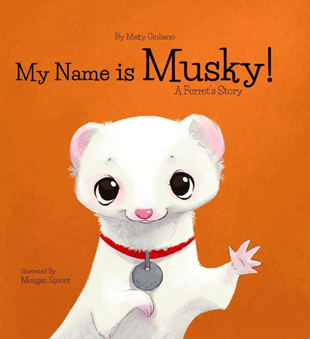 A friend pointed this out to us — and just in time too, as it just hit the shelves! It’s Campaigns & Companions, a new hard-cover book by Andi Ewington,  Rhianna Pratchett, and Alex De Campi, with illustrations by Calum Alexander Watt. “If there are two things all geeks love, it’s roleplaying games, and their pets. So why not fuse the two? It’s time to grab your dice, dust off that character sheet, and let your cat or dog (or guinea pig, or iguana, or budgie) accompany you on an epic adventure! It’ll be great! … unless you have pets like these.” Distributed by Simon & Schuster, it’s available everywhere now. 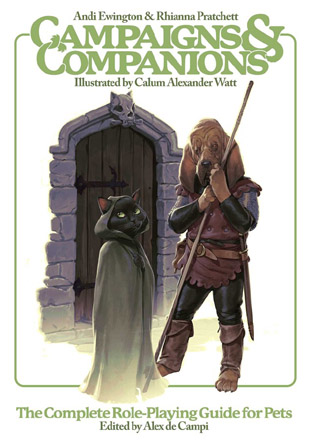 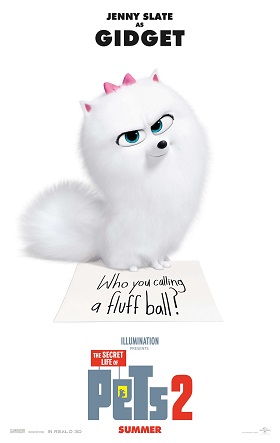 Look, the best joke in the first Secret Life of Pets is that if you do the trendy thing of acronym-ing it's title, it becomes SLoP, which is funny because it's true.

Honestly, I can't even say I remember the first movie very well. I did see it. I mostly recall that I didn't really like it that much. So, as you can probably deduce, I wasn't entirely looking forward to the sequel. The trailers also prominently featured coprophagia, so that wasn't helping anything.

But about those trailers— if you take out the inter-titles and the music, you just watched that scene in the movie. That's exactly how it's cut in the movie. All of the trailers are like that. They're just scenes from the movie. The movie is cut like a trailer.

And the weirdest thing about this movie is that, somehow, despite being just scenes from the movie, this is a case of bad trailers being way worse than the actual movie. This is a very weird movie. Internet-famous vulpine Ron the Fox, well known for the YouTube videos depicting his life, passed away in his sleep on April 6 (video), just ten days before his eighth birthday.

News of Ron's death was widely distributed, and inspired art from many furry fans, including crashheart, Muzz, azora and Haru; it also received coverage in the Irish Examiner.

A combination "thank-you" and "memorial" video clip was uploaded on the morning of April 9, but be warned: it is very depressing: Goodbye, silly RonRon, sleep tight.

2016 movie showdown, part 5: Zootopia vs. The Secret Life of Pets

Trailer: 'The Secret Life of Pets'

Illumination Entertainment has released a trailer for The Secret Life of Pets, due summer of 2016, "a comedy about the lives our pets lead after we leave for work or school each day," according to Illumination's own description.

Given how jam-packed 2016 is with fully anthropomorphic animal movies, the fact that this movie only features talking animals makes it feel like almost a footnote (Finding Dory is another 2016 movie with "only" talking animals that would in any other year be the upcoming furry movie, but is also dealt with as an after thought, if at all). That being said, at the very least skip to the pogoing poodle at the end of the trailer. 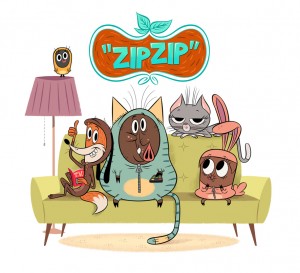 Straight from The Hub

Hoping to duplicate the success they found with My Little Pony: Friendship is Magic (admit it, you know it’s true!) IDW now brings us Littlest Pet Shop in full-color comic book form.  Animal-talker Blythe and her multi-species compadres are off on adventures all over Downtown City on their famous polka-dot moped. The series is written by Georgia Ball (My Little Pony) with art by Nico Pena and Antonio Campo (Penguins of Madagascar). The IDW web site has more. There’s also a variant cover version by Katie Cook (My Little Pony). 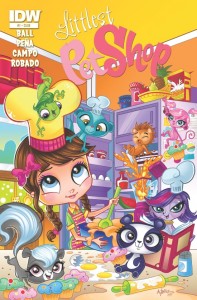 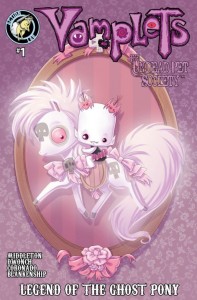 All the Mightiest Pets

After a successful run of the DC Super Pets comic book series, now DC comics bring us the DC Super Pets Character Encyclopedia, coming later this month as a full-color trade paperback.  This is from the pre-order page at Amazon: “Every super hero needs a Super-Pet! This illustrated encyclopedia features in-depth profiles, stats, and history about the DC Super-Pets and their owners. From Superman’s loyal dog, Krypto, to Batman’s heroic hound, Ace the Bat-Dog, this guide to the Worlds Greatest Pets has more than 200 DC characters, including many never-before-seen pets, all illustrated in Art Baltazar’s Eisner Award-winning style! With an introduction by legendary creator Geoff Johns, the DC Super-Pets Character Encyclopedia is sure to please comic book lovers young and old.” Not to forget, the text is written by Steve Korte. Take a closer look at the cover and you get an idea just how many animal characters are included here! [And with that, we'll see you all after San Diego Comic Con!] 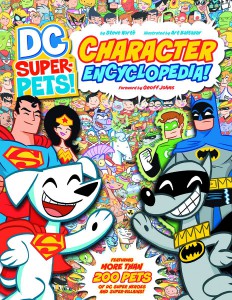