Furry comics that made the top 100 best-seller’s list for February 2014 include:

Furry comics that made the top 100 best-seller’s list for March 2014 include:

Vamplets: The Nightmare Nursery Book Two
Hardcover
48 pages, full color, US $15.99
Written by Gayle Middleton and Dave Dwonch, art by Amanda Coronado and Bill Blankenship
“After the debacle at the Bizarre Bazaar, Destiny Harper is in more trouble than she imagined. To redeem herself, she must replenish the Vamplets supply of blood; but to do that she and the Vamplets must travel to the Undead Dragon Farm and into danger.” 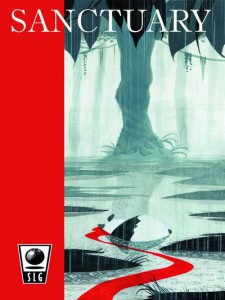 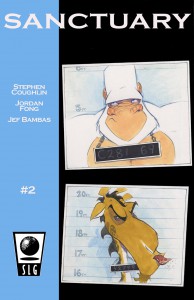 Owing to bankruptcy of Comics Now!, I've missed a couple of months, but it's back to the furry trenches for July. Next month I try to be timelier.

No page numbers this month, just placeholders; none on my order form, and I am not going in search of another, being a couple of weeks late already. But there is a *lot* of great stuff this month. Three items I recommend, my average being under .5.

Anthrocon's a-comin'! I haven't been able to make it in years, but this time for sure! I hope to pick up the three paperbacks of Ursula Vernon's *Digger*, at the very least.

This was delayed a bit by a trip to Morphicon. Nice little (but growing) convention, well done 'Hooray for Furrywood' theme, some fine fursuits, not much for me as a mostly comic-book furfan. I'll probably try again next year, though.

A number of notable nonpamphlets this month, like Chumble Spuzz and Flight, and some equally notable nonfurry stuff like a trade paperback of new Halo & Sprocket stories, yay!

The 2007 Ursa Major Awards have been presented at Morphicon 2008.

Upcoming furry comics for May 2008 (Previews only)

Everything this month is more of what came before except an interesting hardcover from Dark Horse. I didn't notice anything particularly furry in the Free Comics Day stuff, so go out and buy!