Goodbye to a Couple of Bears

Over the past few days two gentlemen passed away. Two gentlemen with very different but both very interesting connections to furry fandom. Stan Freberg, 88, was a man who “wore so many different hats throughout his career that he may as well have been a hat-maker. Satirist, songwriter, comedian, commercial producer, recording artist, actor, puppeteer, and voice artist only scratch the surface.” Among the myriad of voices he created some of the most memorable might be Cecil the Seasick Sea Serpent (in both the puppet and animated versions of Beany & Cecil), the beaver in Disney’s Lady & the Tramp, and (from a very young age) Junior Bear, the lunk-headed young son of short-tempered Papa Bear in a series of cartoons by Chuck Jones.  (“C-A-T, dog… D-O-G, Rhode Island…”). Meanwhile Bob Walker also passed away, at the age of 54, apparently from a heart condition. Mr. Walker will best be remembered as co-director (with Aaron Blaise) of Disney’s 2003 2D animated film Brother Bear, but prior to that he had worked as a layout artist on numerous Disney animated projects including Rescuers Down Under (1990), Beauty and the Beast (1991), Aladdin (1992), The Lion King (1994), Mulan (1998), and Lilo & Stitch (2002). A native of Canada, Mr. Walker started his career working for Nelvana Animation on TV shows like The Raccoons. [Thanks to Cartoon Brew for providing this info.] 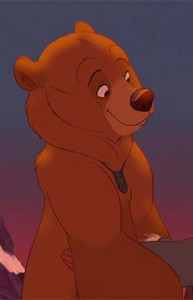 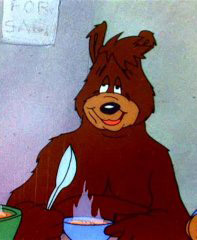 I will always remember Stan for the way he wailed the title song in Friz Freleng's "Three Little Bops" Looney Tune. (Supposedly Friz defied WB management and gave Stan an onscreen credit for his vocal work.)

In 1988 I was at an LA awards ceremony (I have no memory what the organization was) where Stan was given the equivalent of a lifetime achievement award. There were a couple of planters decorating the stage, prompting Stan to thank the organization for "this three-potted plant award."