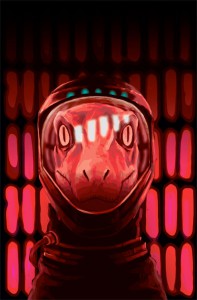 Best quote from the author:

One of those crew members looks like a dinosaur which allows me to have a dinosaur in a space suit which I feel like every comic should have. It seems so obvious in retrospect.