Out of the Shadows and Into Your Game Console

The pizza-loving ninja-boys are back, in a brand new game created by Red Fly Studios and published by Activision. Teenage Mutant Ninja Turtles: Out of the Shadows is a down-loadable game based largely on the current hit TMNT series on Nickelodeon, as well as the original comics of course. A 4-person co-op game (convenient huh?), it also features an optional 2-player off-line mode. It was released on August 28 for Xbox Live Arcade and Steam, and it will be released on September 24 for PlayStation Network. There’s a preview video of the game currently making the rounds on YouTube. You can also check out the game’s official page on Facebook. 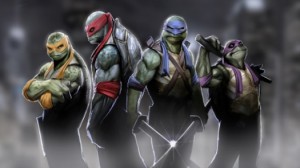 A Boy and His Snake… or Vice Versa

Suddenly everyone is talking about Sanjay and Craig, a new animated TV series on Nickelodeon. It stars the voice of Chris Hardwick (comedian, bowler, and head honcho of The Nerdist Channel on YouTube) as Craig, the best friend of a young suburban boy named Sanjay. Craig, it turns out, just happens to be a talking snake. The Nerdist web site has more details, and you can check out the glowing review at Gerry Beck’s Animation Scoop, also. The series is up and running on Nickelodeon now. 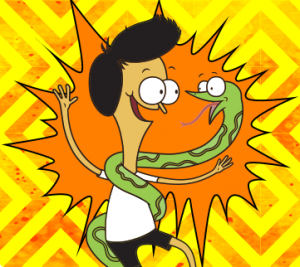 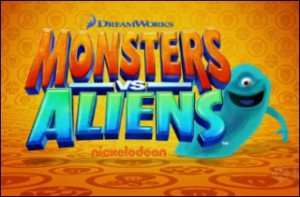 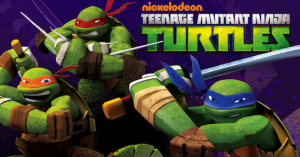 Franklin is, of course, more than a turtle — He’s a well-known children’s book character with his own long-running TV series from Nelvana. Well now Franklin has returned to Nickelodeon in Franklin and Friends, a new CGI series produced by Nelvana and Infinite Frameworks. Here’s a press release we picked up from Cartoon Brew: “Franklin is back and better than ever in the brand-new CG-animated preschool series, Franklin and Friends, premiering Monday, Feb. 13, at 9:30 a.m. (ET/PT) on Nickelodeon. Based on the best-selling children’s book series by Paulette Bourgeois and Brenda Clark, published by Kids Can Press, the half-hour series follows a turtle named Franklin as he experiences adventures and milestones, learning lessons along the way with his pals Snail, Rabbit, Beaver, Fox, Goose and best friend Bear. The series emphasizes the importance of family, friendship, community, personal growth and helping others. Franklin and Friends, produced by Nelvana and Infinite Frameworks Pte. Ltd., will regularly air weekdays at 9:30 a.m. (ET/PT) on Nickelodeon.” The article goes into much more depth about the show, and includes a video snippet from the first episode.