Secret Names - Furry Edition is a Indiegogo-funded card game in which two teams try to pick words from hints to their meanings — many related to furry culture. Gameplay is similar to that of Vlaada Chvátil's Codenames, but with a distinctive furry style and artwork.

Editor's Note: The article contains promotion of content created by the article's author.

Friendship is in The Cards

The first My Little Pony: Friendship is Magic collectible card game officially sanctioned by Hasbro is being released very soon by Enterplay. The Two-Player Starter Set is available now for ordering, and it’ll be shipping in January. “Build your decks around one of the Mane characters and build a separate problem deck.  Race to solve (yours and your opponent’s) problems to earn points.  First person to 15 points wins.” According to the publicity we’ve read, that makes it sound a lot simpler to master than it actually is!  (Kind of like… friendship.) Check out the Enterplay site for more information. 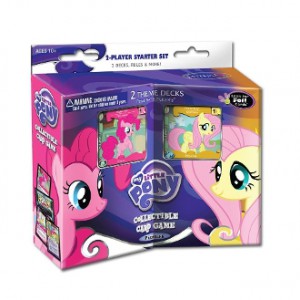 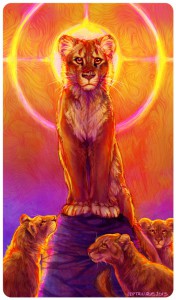 Return of the Killer Bunnies!

No, it’s not a big budget re-make of Night of the Lepus. You wish.  No, in 2013 the well-known card game Killer Bunnies (created by Jeff Bellinger and published by Playroom Entertainment) marked its 10th anniversary. In celebration, Playroom have recently released a new game, Killer Bunnies: Heroes vs. Villains. Here’s there description: “Drawing and playing cards from a shared deck, players may choose to be a defender of goodness, courageousness and virtue by playing the Hero Super Bunnies or a generator of chaos, evilness and deceit by playing the Villain Super Bunnies. Whoever they are, the players use their bunnies’ powers to build cities, attack opponents, and protect themselves. The first player who has a predetermined number of bunnies in the Bunny Circle and cities in the City Circle wins!” Playroom’s Killer Bunnies web site has more, including sample artwork from the game. 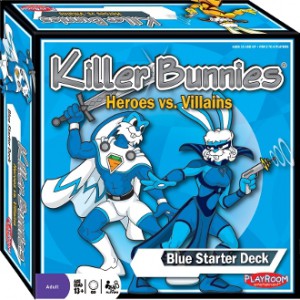 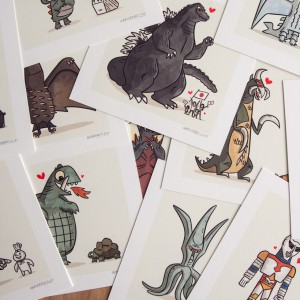 Now shipping: 'Nature of the Beast: Prairie vs. Polar' It's a typical story: a successful Kickstarter campaign, followed by a gruelling six months of manufacturing delays, including a tray redesign, topped off with a customs holdup. But the wait is almost over for the makers and backers of card game Nature of the Beast, set to finish shipping rewards for the Prairie vs. Polar set this week. [tip: Aardwolf.Gen]

Its creators, who raised $15,381 from 187 backers, have opened sales to the public. The full game (including the Cities vs. Suburbs and Farm vs. Forests packs of 140 cards each, enough for six players) is available for $50+s/h.

We missed this story last year because the tip was filtered into the "Other" box on Facebook. Use our contact form for tips - or better yet, register and submit your own stories or newsbytes!

Furotica is largely a no-go for industry leaders Kickstarter and Indiegogo. But it's become a lifeline for Ben Tao, Eric Lai, and Barry C, whose adult crowdfunding site Offbeatr (covered in August) lists five successful projects to date — all furry. [tip: Ripner Cabbit/EarthFurst]

So how can you raise $4000 (or $40,000) for your dream project? We asked those who've done it, while taking a closer look at this new funding platform and talking to its CEO. The creators of Tails and Tactics, an "exciting upcoming collectible trading card game with guns, puns, bazookas, tanks, and hot dogs," have turned to Kickstarter to make it a reality.

The trading card game, conceived by Reynard Loustaunau in October 2011, and with “Jan” of the Swords and Sausages and College Catastrophe online comic strips as Lead Artist, has undergone extensive play-testing with dozens of cards. Now the creators hope to get the funding to start professional printing by the end of 2012.

As usual, several rewards are available, including signed decks and rare or custom cards.

The art collective (or pair at least) known as Blotch have a new item connected with their successful comic book/graphic novel series Nordguard. Now it’s the Nordguard Card Game, coming this summer from Sofawolf Press. The game itself was developed by Tempe O’Kun and Nic Wald, and play-testing was directed over the last year by Jeremia Heupel of ThinkTank Games. And the game itself? “You and your friends play as an anthropomorphized sled dog rescue team, overcoming cannibalistic strays and a landscape as capricious as it is lethal. Only your wits and your gear stand between you and certain disaster. Quick-reference instructions provide the rules in minutes, while a scalable difficulty curve provides a challenge for everyone from pups to even the most veteran sled dogs. A randomized map ensures no two missions will ever be the same. Based on the award-winning graphic novel Nordguard: Across Thin Ice, this slim set comes packed with over 120 illustrations by the artists Tess Garman & Teagan Gavet [aka Blotch].

Furoticon makers give away cards

The Furoticon team is giving away a free pack of cards (NSFW) until December 31, or while supplies last, to those 18 or older in the USA.

Furoticon is an adult furry card game for two or more players in which you "play as a well-renowned Owner [...] dueling against one or more Owners for dominance over your opponents' harems".

Furoticon was first released at Anthrocon 2009. Since then, the game has scheduled events at many furry conventions.