On May 2, Rocket City FurMeet CEO KO announced that RCFM 2014 was likely to be cancelled for a second year running. This follows last year's cancellation due to full-face masks not being allowed at the intended hotel.

KO reported that the replacement venue, the Amberley Suites Hotel in Decatur, Alabama, had had a water pipe freeze and break in January, flooding a large part of the building and leaving damage severe enough to render it unusable. RCFM staff were not informed of this development until early April. The hotel did shut down its room reservation system, but RCFM were not told about this either.

RCFM staff have spent the past month discussing other possibilities, such as holding the event at a campground or renting an unconventional arena space, but have been unable to come up with a realistic plan for hosting RCFM this year. They have also had discussions on whether they should simply end RCFM for good, closing the corporate entity and cancelling their 501(c)7 filing. KO stated, "I don't like the idea of never bringing the whole Family back together again, but two years of constant struggle simply to find a hotel we can afford has been very tiring on all of the Staff involved."

Rocket City FurMeet, Huntsville, Alabama's annual furry convention, was scheduled to be held this year over June 14-16, at the Four Points by Sheraton at Huntsville Airport.

On Friday, however, RCFM board member Bunny Halberd announced that the convention was being postponed to 2014. According to the explanation posted on RCFM's website, late in 2012 the RCFM Board agreed to host the convention at the Huntsville Airport Sheraton in 2013. Unfortunately, the hotel did not fully understand what type of convention RCFM is — and the Board did not realise that the entire hotel is under the control of the Transportation Security Administration (TSA).

The RCFM flight normally scheduled for Memorial Day weekend has been postponed to a launch date window of June 14-16, 2013. In addition, the launch pad where RCFM can be found has also been relocated to Four Points by Sheraton Hotel. This is at the Huntsville Airport, so no need of a shuttle! All attendees will be entitled to "Free Parking" for this event.

Omaha's fursuiters have been spotted by the local media. Naturally, their first instinct was to consult a psychiatrist for an evaluation of the furs' sexual proclivities.

Despite that, the tone was positive; several fans were quoted, including Snap E. Tiger:

Mentioned in passing was Rocket City FurMeet, held this weekend in Huntsville, Alabama.

Update: Check out the video on furrymedia

We are Officially Official now!

It's taken a couple of years to complete, but RCFM is now a 501(c)7 classified Non-profit organization. It's something we've always wanted to do, though we orginally toyed with the idea of filing as a 501(c)3, which is a Charitable Organization.

We now have the Registration Page up on the RCFM website, so stop by and check it out today! --> http://www.rcfm.net

You save money by pre-registering, but did you know you could also save money as a Predator? Just register with your prey and bring them to RCFM. It'll save you $5 off your reg! And yes, the rumor is true - You can attend for free if you bring in 7 prey!

RCFM May Newsletter - Only 3 weeks to GO!

It's been an eventful month, in many different ways. I have good news, bad new, and just plain news.

The August 2007 issue of the RCFM newsletter is now available!

On the evening of Monday, June 4, 2007, KO, the chairman of Rocket City FurMeet was helping a friend move a washer on some stairs. The washer tipped over and fell, taking KO with it,[1] breaking both of his wrists and his scapula. As of this writing, he is at Crestwood Medical Center in Huntsville, Alabama having undergone surgery to repair some of the damage.[2]

It is unclear how much of KO's medical care will be covered by insurance, and he will definitely be out of work while he recuperates. To help bridge the gap, Alexander Katz is collecting donations via PayPal. Alexander is also inviting comments and get-well wishes to pass along to KO.[3] 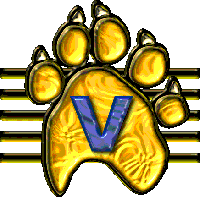 (This newsletter can be seen in it's HTML entirety at : http://www.rcfm.net/newsletter_200701.htm)

THE RCFM ROCKET
The OFFICIAL, one and only, newsletter of
The Rocket City FurMeet (RCFM)

HUGE NEWS! STOP THE PRESSES!
We have very special guests joining us in Huntsville for our rocket ride this year.

A Christmas surprise from RCFM

All the staff of Rocket City FurMeet want to wish you the happiest of
holidays this festive season. If you are traveling this holiday
season, travel safely because we look forward to seeing you again in
Huntsville in May.

For a special holiday surprise, visit our website
at http://www.rcfm.net/ !

The RCFM Rocket
The Official Newsletter of RCFM for May, 2006