Thabo Meerkat and Dixie Lioness have released their Charity Index finding that furries raised more the $500,000 for Charity in 2020. This is in spite of the challenges caused by the pandemic. It should be noted that information was more difficult to obtain this year, and the numbers for Virtual Midwest Furfest are not included in this tally. 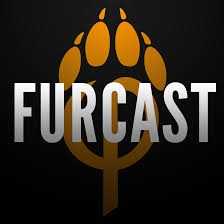 As a reminder, last year, non-fiction work was removed due to lack of nominations. So if you are a regular reader, please take the time to go over the 2020 archives and nominate one of our pieces, or at the very least Jon Oliver's search for rat erotica.

The full roster of the Tune Squad from 'Space Jam' The 1996 movie Space Jam is about Michael Jordan playing basketball with a bunch of Looney Tunes. It's possibly both one of the most beloved and most hated movies of the entire 90s.

It was notably hated by Chuck Jones, an animator famous for his work on the original Looney Tunes shorts, though, to be fair, Chuck Jones pretty much hated anything Looney Tunes that he didn't do himself, and also about half of his own stuff. Joe Dante directed the next live action/animation hybrid Looney Tunes movie, Back in Action, and his stated goal was basically to direct the anti-Space Jam. Flayrah's own coverage of Back in Action was not pro-Space Jam, calling it a "disaster". On the beloved side of the equation, however, Warner Bros. will be releasing a very belated sequel to the movie on July 16 of this year (both theatrically and on the HBO Max streaming service), and they usually don't do that if no one liked it (and, seriously, you can probably find someone who actually does like Space Jam very easily).

But despite the fact that the original 1996 website is still up (with the following link, this article is now in compliance with ancient Internet law stating that all articles about Space Jam must mention the original website), there isn't really a good list anywhere on the Internet that provides the complete line-up of the members of the Tune Squad, the Looney Tunes basketball team in the film. Seriously, the Space Jam Wiki does not have a team roster. The IMDB trivia page for Space Jam has a bare bones roster buried half way down the page (and it's very incomplete). Well, that won't stand. Here's the full roster of every character (animated or otherwise), who played against the Monstars in the movie's big game.