From Karl F. Meyers on alt.fan.furry: "Hiya, folks! We're mere days away from Furry Spring Break, and it's
shaping up to be a good con...just a couple of things to bring up
before the big show."

As you may have noticed, we have a new news catagory: Commentaries. Fairly self-explanatory. I'm interested in recieving contributions for this catagory. Suggested topics include fandom (SF and furry) issues, rebuttals to previous commentaries, conventions reviews, and other feature-length articles. Take a look at some of the previous Fuzzy Logic issues for examples.

According to a Wired Article, scientists are attempting to develope a common language for humans to use in communicating with dolphins. This sound-based language will likely be examined as closely as the sign-language that are used with our simian cousins... although, from the statements in the article researches don't expect it to ever reach that level of sophistication.

Is Yerf all it claims to be?

I spent the better part of the weekend surfing around some of the best known artist archives on the World Wide Web. My trip ended with the Yerf archive, which is considered by some to be the premiere archive on the Internet due to its selective nature and supposedly rigid quality control standards. But after spending some time examining the Recent Uploads section on Yerf, I found myself wondering:
What makes Yerf so great? It's like a refrigerator for developing furry artists.

Just to make sure I wasn't having a knee-jerk reaction to a slow weekend of uploads I took the time to go back several weeks. The more I perused this archive the more my sense of dismay and disappointment grew. This didn't seem like an elite archive where the "best of the best" came to show us what hard work and dedication can do. This seems like a place that is very loosely administered and often used for bragging rights. I found frequent, flagrant violations of the much-touted Uploading Guidelines and a general atmosphere of "we're better than you." Not to mention artwork that, to me, falls far below the caliber the site purports to host.

A group of elephants, improvising their own music on instruments especially designed for them, have released a CD of their handiwork. The release is available from Mulatta Records.

Kay Shapero announced on alt.fan.furry plans to reintroduce the RFD for the new moderated anthro/furry newsgroup. The first step in the process is to decide on a name for it. Anyone interested should send email to kayshapero@earthlink.net with the subject line "Vote", and indicate their preference of;

All votes should be in by March 6.

Once abused animals now have a safe home.

45 miles north of Kingman Arizona, along highway 93 between Dolan and Hoover dam A new animal shelter is being built. KEEPERS OF THE WILD, having moved from Las Vegas Nevada is planning on building a new 3.5 acre park-like habitat for it's resident animals.This will include a gift shop and deli to help provide needed funds for this non-profit organisation.

Furnetwork.net is providing free hosting service to furry websites. Perhaps this will help ease the load on the chronically downtime-plagued Furnation.

There seems to be a pretty big cross-over between Elfquest and furry fans, so I picked this one up off SF Wire: the Elfquest animated movie is slowly making headway. Check out the link for details.

On alt.fan.furry, Mike Curtis of Shanda Fantasy Arts has announced that Mel. White will be joining the SFA team: "...She is assuming the job of ACQUISITIONS EDITOR, to seek out new life forms and new civilizations...no that's not right. She'll be looking for talented folks to contribute to NEW HORIZONS (general furry), MAGIC CARPET (children's furry) , FANTASTIC FURRY STORIES (all text), and our new adult anthology coming this fall, WILD ORCHIDS.

If you have some stories or art to submit, you can contact Mel at
mel@coyotedancing.com."

Look, we updated the Sections! Check out the the reviews to see how one of the editors liked Alan Dean Foster's new and sorta furry novel, Kingdoms of Light.

A check of the Ottercomics site this morning shows that both The Changing Workplace and Tommy & PJ are showing pages indicating that they have been "cancelled until further notice". While I don't read T&PJ, I do read TCW daily and the storyline lately has had Oren losing his job and his house, so if this is any indication of what's happening in RL it may be a long time before these strips are revived.

After tracking a wolf pack of 8 since Sunday, the hunters managed to shoot a one year old female today.

Colleen Cahill reviews A Whisper of Wings, for the Fast Forward video interviews that air in Northern Va. and Montgomery County. A copy of the transcript has also been submitted for publication to the Washington Science Fiction Association Journal, the Lambda Sci-Fi Newsletter (local Gaylaxian group) and the Baltimore Science Fiction Society's newsletter.)

The game Stray is out!

On that note, The Guardian links to its reviews of Stray and several other animal-protagonist games, contrasted with typical furry fare, as part of its regular gaming newsletter.

Neopets code and database compromised, potentially revealing your neglect of a starving Bori, as well as your email address and password data.

Jordan Peele reveals the credits to the fictional 90s sitcom Gordy's Home, featuring a chimpanzee living with a suburban American family. It's abrupt cancellation has ramifications for the plot of Nope, which features trained animals heavily.

VRChat has banned mods, and the community has gone wild.

"There's a cost" - how Nepal's success in tiger conservation has led to tragedy for some of its human population.

"I'm done with cats," @KCS_District Board of Education VP Golden said. "It is disruptive to the learning environment. [...] This is the next pronoun." (Dogs and raccoons are also under consideration.)

After fibres from your fursuit, dust from car tyres is the latest environmental threat from convention trips. Maybe take the train?

Climate change may affect the gender of turtles, alligators and crocodiles. And cheetahs are coming back to India.

A Furry Faux Paw by Jessica Kara is a book of young adult fiction in which the protagonist is a furry fan.

The number of wolf packs in the alps have increased from 250 to 300 in the past year!

Norwegian fishery officials kill popular walrus because the public just couldn't stay away from her.

Cats from the German town of Walldorf allowed out once more after 3 month lockdown for breeding season of endangered bird.

If you get the pox, try to avoid sleeping with your dog for a bit.

Scientists hope to use DNA editing to bring back the thylacine.

Why should you buy Turning Red on Blu-Ray? Though HBO Max is making the headlines for de-streaming titles, Disney invented "the Vault" (and has already de-streamed Avatar).

It's not just you; dogs may cry when owners return.

An appreciation of the Teenage Mutant Ninja Turtles through over the last nearly half-century.

It's not exactly as old as the Lascaux cave paintings, but this Internet archaeologist claims to have found the "oldest known Krystal fanart", which predates Star Fox Adventures.

A ranking of all 24 Pokémon movies.

An article on how the indie developer of a game about an alligator detective was able to outsmart scammers on Steam.

While we're catching up with the last decade: Discord, Telegram, Twitch, Instagram, TikTok, YouTube, Picarto and Patreon accounts can now be linked on Flayrah profiles and comments. Edit your profile to add these. [Semi-inspired by @CassidyTheCivet]

Forget dragons on cars; dolphins on jet-skis is the next trend.

Chimp escapes keepers in Kharkiv, but has second thoughts in rain.

The chimps are back - and this time, they're drumming.

Gargoyles will be returning in comics this December.

Animals don't set their wits to spoiling other creatures' lives and hurting them. They have dignity.

And the comics keep getting stranger… “You know the story: An infant escapes the destruction of its home planet and is deposited on Earth to be raised by Earthly parents. A goddess from a lost city defends truth. A Tyrannosaurus rex dons the visage of a bat to strike fear into evildoers’ hearts. This heroic trinity, alongside a league of other super-powered dinosaurs, join forces to save a prehistoric Earth from the sinister machinations of Darkseid. Wait…what? Okay, maybe you don’t know the story. So join us and bear witness to a brand-new-yet older than time-adventure and experience the Justice League as you have never seen them before!” Yep, and this comes straight from DC Comics too. Issues of Jurassic League are on the shelves now. 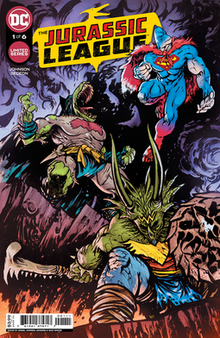 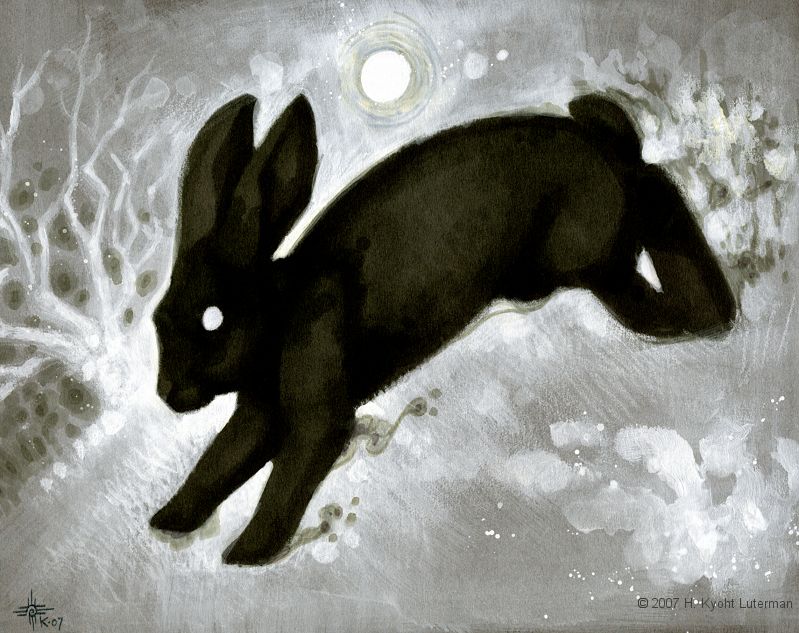